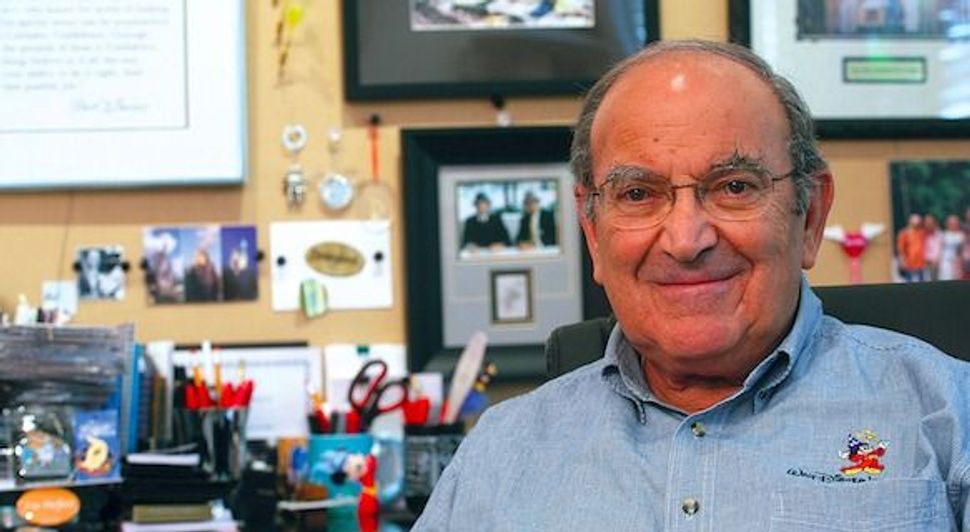 [JTA] — Marty Sklar, who served 54 years as an “Imagineer” for the Walt Disney Co. and led the creative team behind the company’s theme parks, attractions and resorts, has died at age 83.

The company announced his death in Los Angeles Thursday night.

“Everything about Marty was legendary — his achievements, his spirit, his career,” Disney Chief Executive Robert Iger said in a statement. “He embodied the very best of Disney, from his bold originality to his joyful optimism and relentless drive for excellence. He was also a powerful connection to Walt himself. No one was more passionate about Disney than Marty and we’ll miss his enthusiasm, his grace, and his indomitable spirit.”

Sklar was born in New Brunswick, N.J., and attended UCLA. He was editor of its Daily Bruin newspaper when he was recruited to edit a tabloid to be sold at Disneyland’s Main Street. Walt Disney liked his work on the tabloid, and he eventually becoming Disney’s lieutenant.

Sklar was the author of the 2013 memoir “Dream It! Do It! My Half-Century Creating Disney’s Magic Kingdom,” in which he debunked a common rumor that Disney was anti-Semitic.