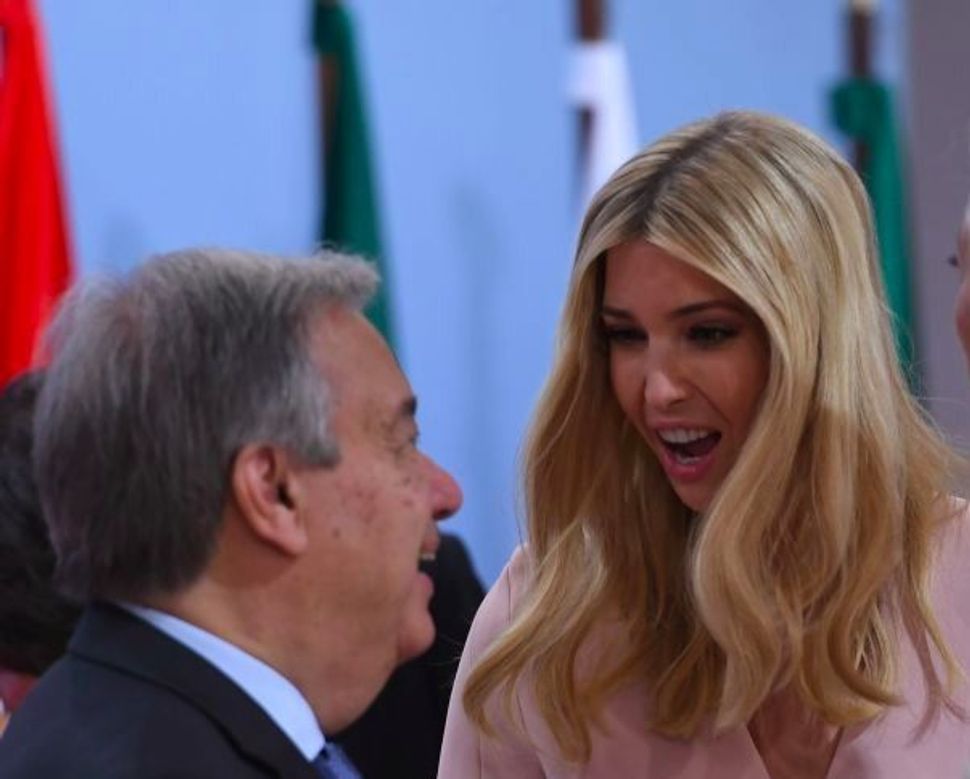 Ivanka Trump, U.S. President Donald Trump’s daughter and informal adviser, met with United Nations Secretary-General Antonio Guterres for lunch at U.N. headquarters in New York on Friday amid a push by the president to slash funding for the world body.

Ivanka Trump is seen as an important influence on her father, and her husband, Jared Kushner, is a top adviser to him.

A White House official said Guterres had reached out to Ivanka Trump to “to discuss areas of common interest after the launch of the World Bank’s economic facility to advance women’s entrepreneurship.”

During the G20 in Germany earlier this month, the World Bank launched a public-private loan program aimed at providing more than $1 billion to support women entrepreneurs in developing countries, a project she initiated five months ago.