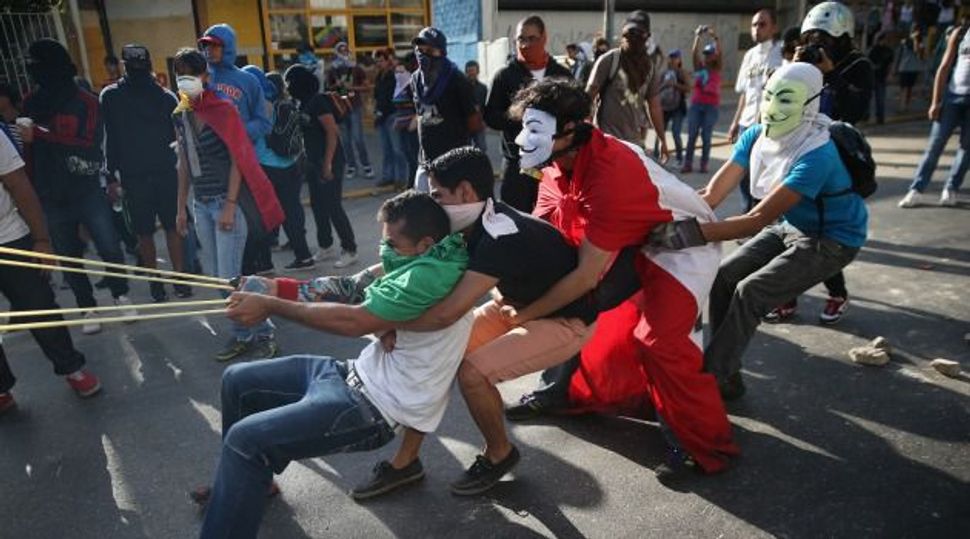 After several years of discontent with the far-left government under President Nicolas Maduro and his slain predecessor and political godfather Hugo Chavez, Venezuela has been racked by protests that began in April against Maduro’s government.

“The situation is very hard,” Michal Levy, 35, told The Jerusalem Post upon arriving in Israel on Wednesday with her three children. “It’s hard to get basic things like bread and flour,” Levy said, adding that she has been afraid to leave her house due to riots or kidnappings.

While the government is set to vote Sunday to establish a body to rewrite the constitution, basic goods and services have been disrupted by economic malfunction and social stability has been disintegrating in almost daily running battles between police and youths in the streets.

In May, President Maduro likened the harassment of his country’s government officials and their families living abroad to the treatment of Jews under the Nazis. He also said that opposition rallies in Caracas were reminiscent of rallies during the rise of Nazism and fascism in pre-World War II Europe.

“We are the new Jews of the 21st century that Hitler pursued,” Maduro said. “We don’t carry the yellow Star of David, we carry red hearts that are filled with desire to fight for human dignity. And we are going to defeat them, these 21st century Nazis.”

Anti-Semitic rhetoric was often employed by Chavez to deflect criticism from the country’s deep financial crisis and charges of corruption.