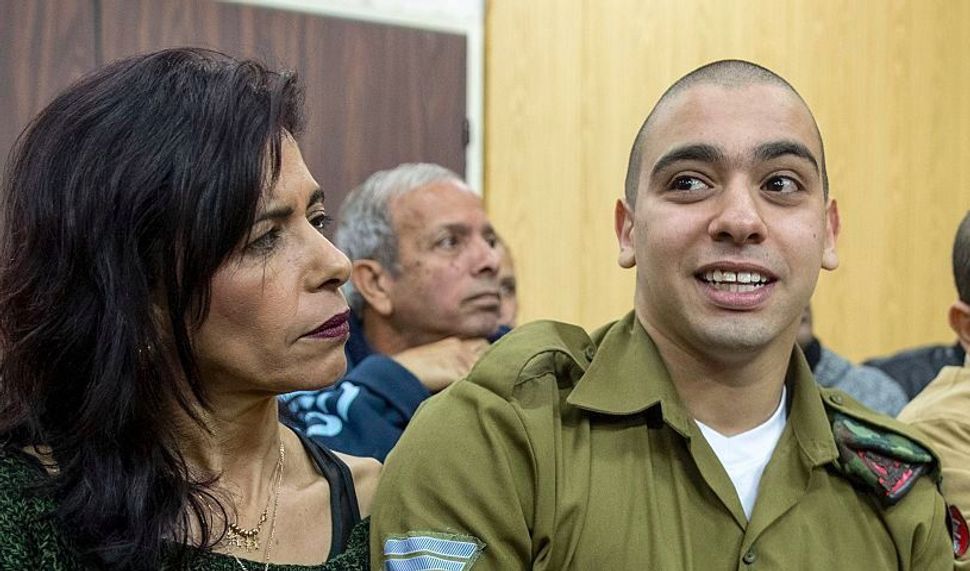 The panel of five judges on Sunday handed down the ruling, which took more than two hours to read out.

The judges rejected the defense’s arguments and new information in its request to overturn the conviction, saying in the ruling that Azaria’s “manner was more suitable for a shooting range than the scene of a terror attack.”  The judges also noted that Azaria never expressed remorse for his actions.

The judges also upheld the 18-month prison sentence, which the prosecution appealed saying it was too lenient.

Azaria, who was convicted in January and sentenced in February, was confined to the closed Nachshonim military base since being arrested in March 2016. However, when his military service ended last week, he left the base for house arrest.

A medic in the elite Kfir Brigade, Azaria came on the scene following a Palestinian stabbing attack on soldiers in Hebron in the West Bank on March 24, 2016. One assailant was killed, and Abdel Fattah al-Sharif was injured. Minutes later, while Sharif was lying on the ground, Azaria shot him in the head in a shooting that was captured on video by a local resident for the Israeli human rights NGO B’Tselem.

Azaria was arrested the same day and indicted nearly a month later. Autopsy reports showed that the shots by Azaria killed Sharif. Prior to shooting Sharif, Azaria had cared for a stabbed soldier.