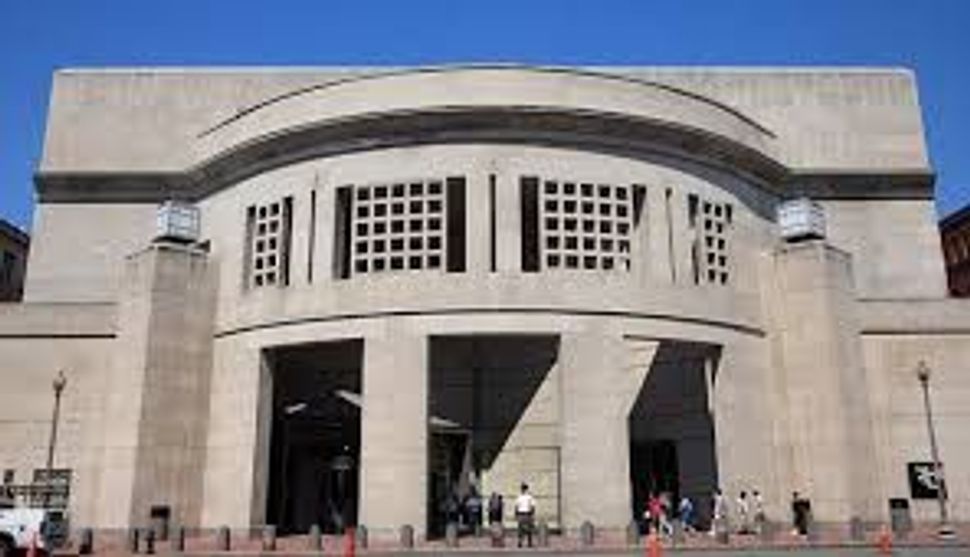 BUENOS AIRES (JTA) — The Argentine Foreign Ministry delivered to the United States Holocaust Memorial Museum in Washington a series of documents about World War II, some of them related to Nazi war criminals.

The digital copies of the documents delivered are mainly letters, telegrams, newspaper articles, notes and reports, totaling almost 40,000 documents. An agreement for this transfer was signed on Friday in Buenos Aires between Argentina´s Secretary of International Cooperation Ernesto Gaspari and USHMM representative Samanta Casareto.

The 38,779 documents were produced by Argentina’s Ministry of Foreign Affairs between 1939 and 1950.

Among the documents are the communications between Argentina and countries involved in the war, as well as information sent by the Argentinean embassy in Germany. Some documents also record a meeting of chancellors in 1944.

Argentina was a refuge for Nazis after World War II. Adolf Eichmann was captured in the northern area of Buenos Aires in 1960; another  Nazi war criminal, Erich Priebke, also lived there.

Nazi criminals’ presence in Argentina was recently in the news after a trove of  Nazi objects discovered earlier this month by the Argentine Federal Police has been evaluated as “unprecedented” and “the biggest” discovery of its type. Now a judiciary investigation is underway to confirm their origins and how they arrived in Argentina.