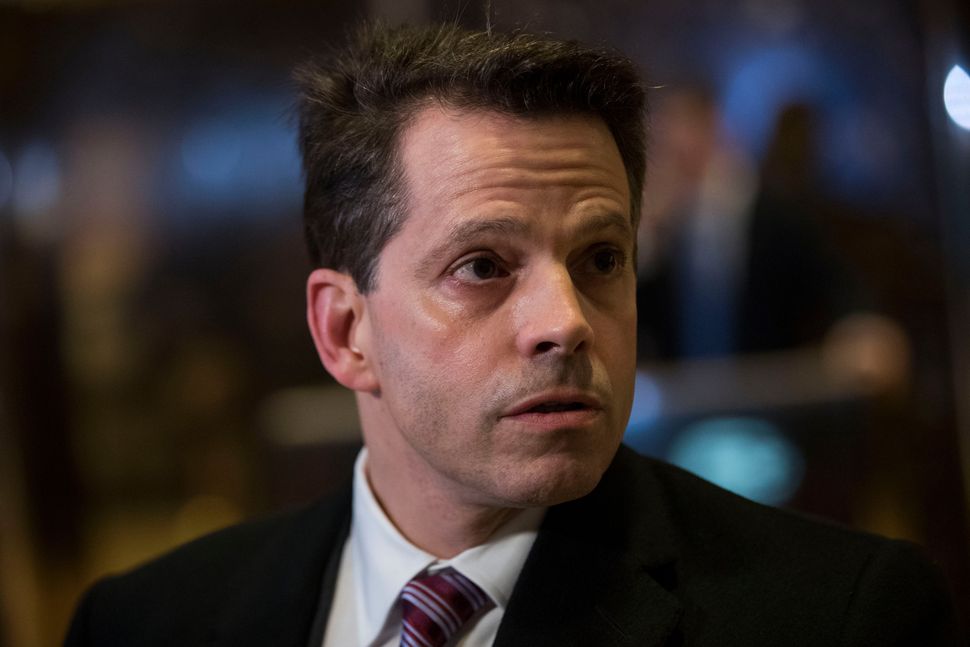 Arthur Schwartz, a pugnacious local Republican operative, wrote a series of provocative tweets in defense of the new White House communications director over the weekend, intimating that Priebus had been unfaithful to his wife. Schwartz later deleted the tweets and apologized.

Though identified by the New York Post as Scaramucci’s spokesman, Schwartz said that he was simply a friend of the former hedge fund executive.

I just bought one of these for @Scaramucci. pic.twitter.com/lLCctK5KR0

Schwartz, who according to Axios is an external advisor to the Zionist Organization of America, had gone to bat for Scaramucci earlier this month. “Anthony is a foot soldier in the president’s war on fake news,” Schwartz said of Scaramucci in a July 21 New York Post article.