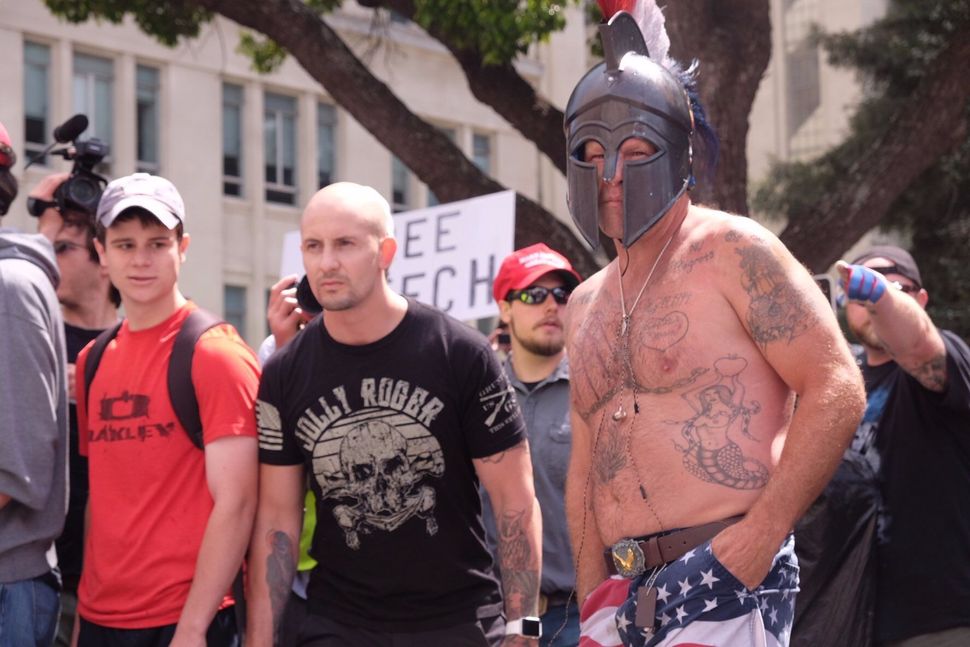 A popular “alt-right” figure left the movement shortly after a June event in Portland, Oregon — after being confronted by a Jewish protester.

John Turano, better known as “Based Spartan” for his Greek-inspired warrior costumes, told the Portland State University student newspaper, Vanguard, that he defected from the movement because of what he called pervasive racism and violence.

Turano said he usually arrived at “alt-right” protests thinking that all the left-wing protesters there “hated our guts” and that he was there to protect the free speech of right-wingers from antifascists. But a June encounter with a “petite Jewish counter-protester,” Vanguard wrote, caused things to unravel.

A Jewish activist approached him during a protest and asked, “Does my life matter?”

“It just made me feel bad,” Turano told Vanguard. “I hadn’t really been paying attention; I just thought we were surrounded by all these people who hated us. But I met some people that seemed so nice.”