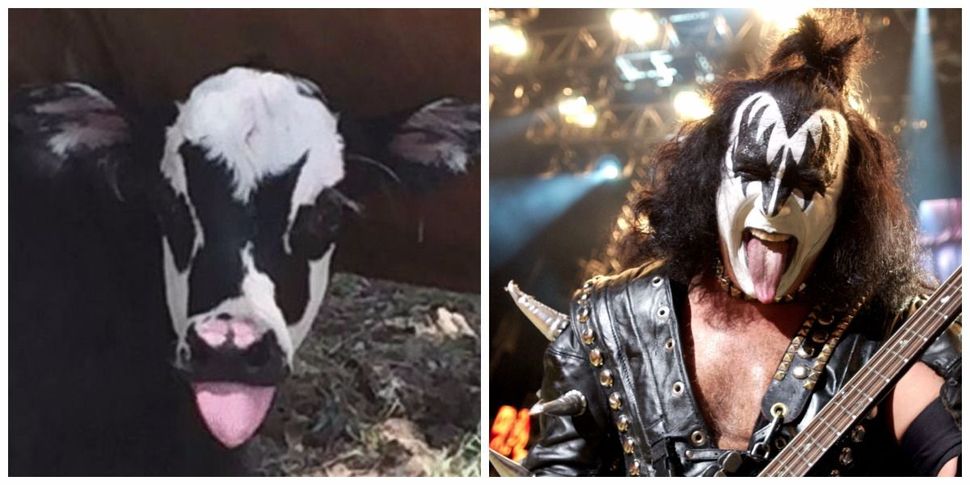 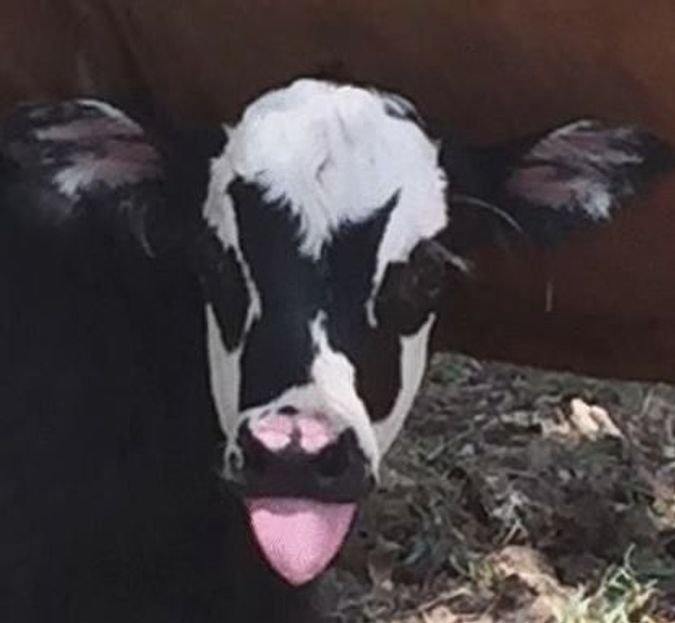 A Texas rancher was in for a shock last week when one of her cows gave birth to a calf that bore an eery resemblance to ’70s rocker Gene Simmons.

The black markings on the baby cow’s face are strikingly similar to the black makeup that Simmons wears as lead singer of the rock band KISS.

Now, a local tourism bureau is raising questions about the week-old cow’s parentage.

“Gene Simmons, Where were you on our [sic] about November 25, 2016?” the Hill Country Visitor asked in a Facebook post.

Simmons, for his part, is amped about the spooky resemblance. “This is real, folks!!” he tweeted.

The calf’s owners have named her Genie in honor of the KISS frontman. 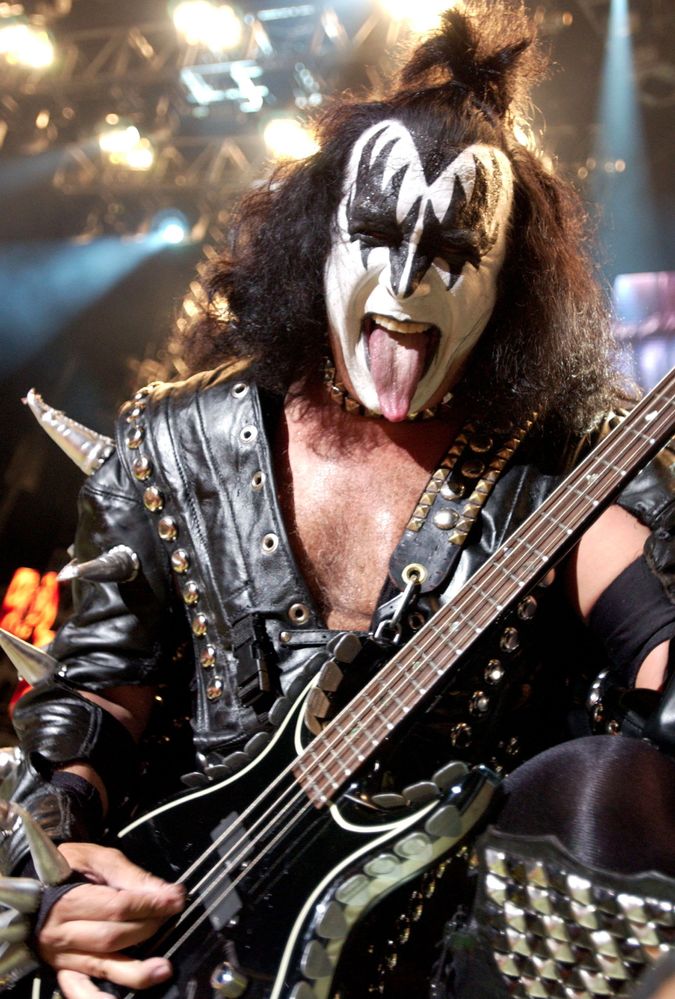 Though the rancher who owns the spread where Genie was born works at a steakhouse, the calf’s future is slaughterhouse-free, according to the Associated Press. Genie is a family favorite, the AP reported.