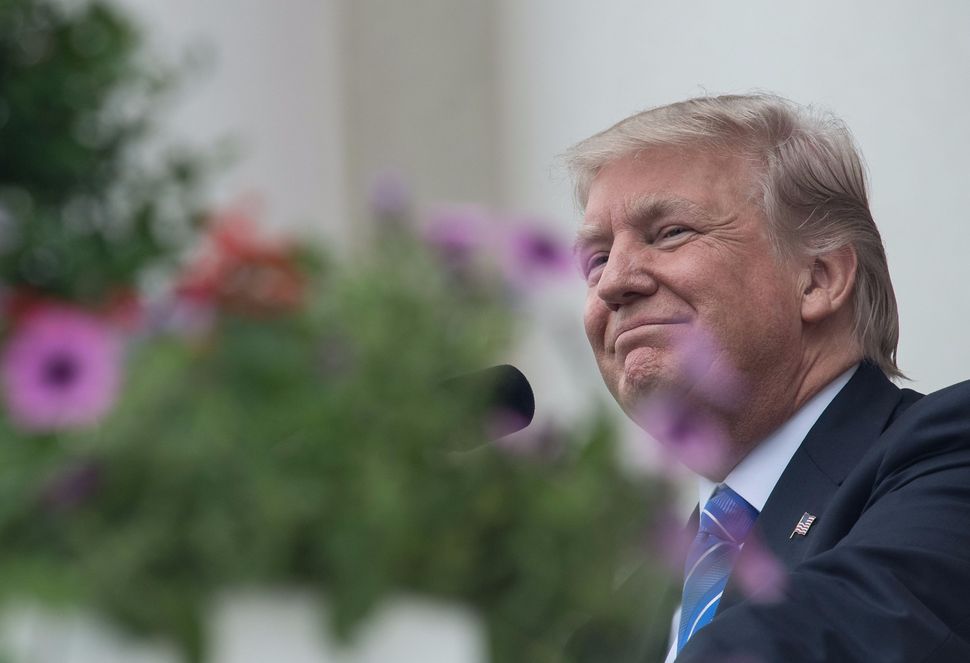 A lawsuit filed Tuesday reportedly claims that the White House and a wealthy Trump supporter encouraged Fox News to peddle a story about the 2016 death of Democratic National Committee aide Seth Rich in order to deflect attention from news about Trump’s ties to Russia.

The Fox News report, first aired in May but later retracted, attempted to tie Rich’s unsolved killing to the leak of DNC emails to Wikileaks. D.C. police believe that Rich’s death was likely related to a botched mugging.

Sanders quickly ended the news conference after being asked by NBC’s Peter Alexander if Trump believed Fox’s original statement that Rich was behind the leaked emails.

“I’m not sure, Peter,” Sanders said. Then she said, “Thanks, guys. We’ve got a small business event coming up shortly and hopefully you’ll all tune in.”