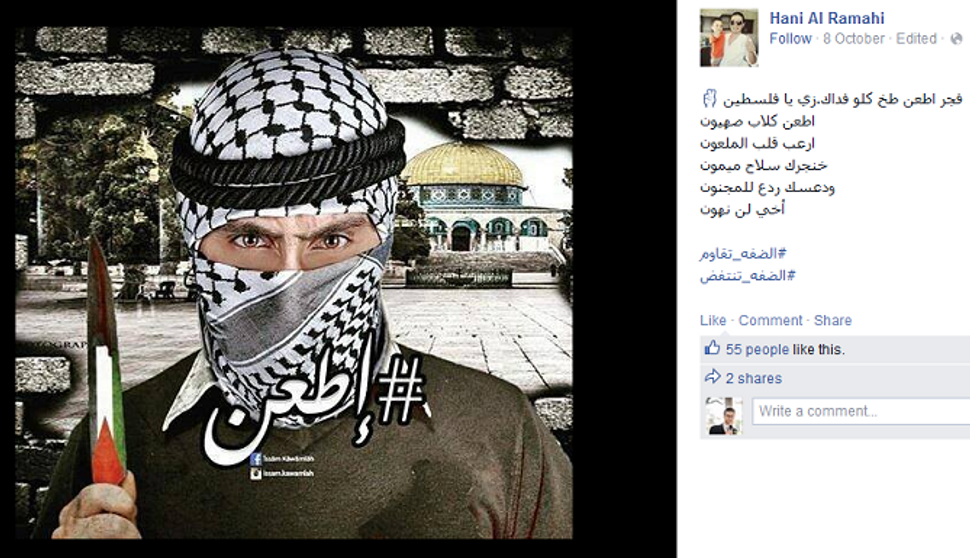 JERUSALEM (JTA) — An Israeli man was stabbed by a Palestinian at a supermarket in the central city of Yavneh.

Police believe the stabbing early on Wednesday afternoon was a nationalistic terror attack.

The attacker was a 19-year-old Palestinian man from Nablus in the West Bank who, according to some reports, works at the supermarket. His victim also is an employee of the supermarket, part of the large Shufersal chain.

The victim , 42, was taken to a hospital in Rehovot where he is in serious conditions with several stab wounds to his  upper body.

The attacker was stopped by civilian bystanders, who wrestled him to the ground. Some of the bystanders kicked the downed Palestinian man, Ynet reported. He was turned over to the Israel Security Agency, or Shin Bet, for questioning.