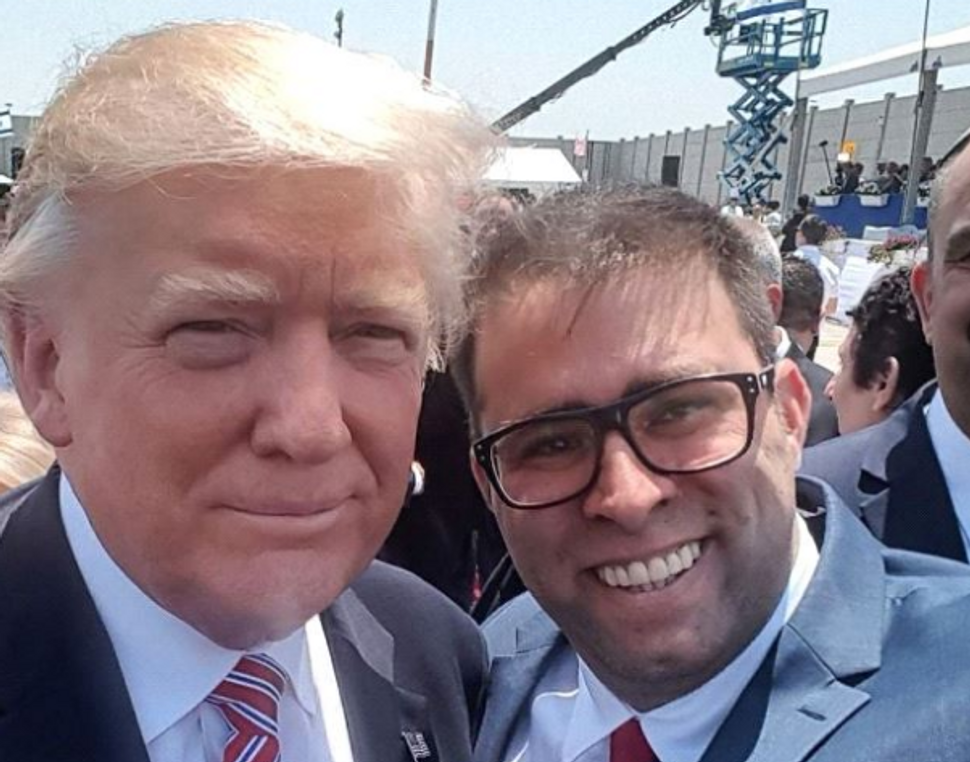 JERUSALEM (JTA) — Badboy Israeli lawmaker Oren Hazan was ordered by the Prime Minister’s Office to call off a fistfight with a Jordanian lawmaker.

Hazan had agreed to the fight with Jordanian lawmaker Yehiya al-Saud, also known for his temper, at the border between the two countries on Wednesday morning.

“The shoe of any Palestinian child is more honorable than this villain and his entity (meaning country) and the shoe of any Arab and Muslim is better than him and his rogue entity, which has no origin and religion,” al-Saud said, according to Jordanian reports.

In a tweet on Tuesday evening, Hazan said he accepted the call by al-Saud to meet on the Allenby Bridge at 10 a.m. “I’ve got an offer he can’t refuse,” he also tweeted.

Less than an hour before the scheduled fight, the Prime Minister’s Office said in a statement that chief of staff Yoav Horovitz had ordered Hazan to stay away from the Allenby Bridge. Hazan later said he cancelled the face-to-face meeting, or brawl, with Saud at the prime minister’s request.

Hazan said that he would ask the Foreign Ministry to organize a formal meeting with Saud.

The challenge comes on the heels of tensions between Jordan and Israel, including both the Temple Mount crisis and the shooting of two Jordanian civilians by an Israeli embassy security guard. Jordan objected to the hero’s welcome the guard, Ziv Moyal, received after arriving back in Israel along with the rest of the embassy staff, and  has said it will not allow the diplomats to return to Jordan until there is an investigation of the guard and he is put on trial.