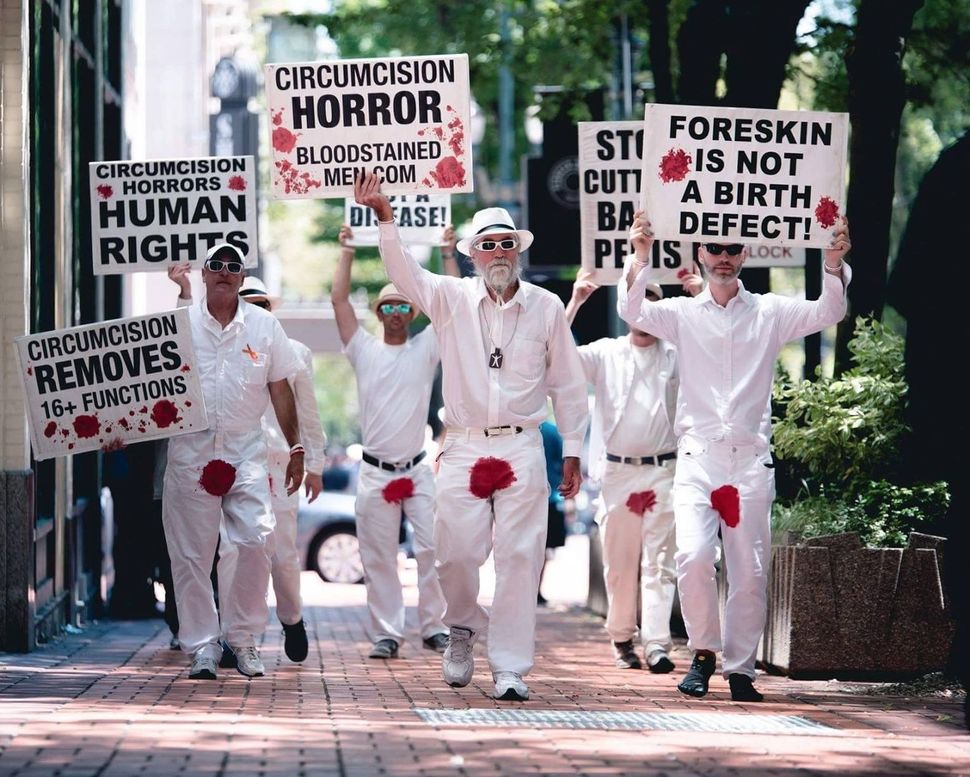 Activists from Bloodstained Men And Their Friends. Image by Facebook

Members of the group Bloodstained Men And Their Friends yelled “Honk if you love foreskin!” and “Vote no on circumcision” as passing drivers responded with both encouragement and derision.

“We are here to warn parents,” the group’s founder, legally known as Brother K, told the Argus Leader newspaper. “Circumcision is cruel, destructive, barbaric and unnecessary.”

The self-proclaimed “intactivists” are moving across the Midwest as part of their “Northern Heartland” tour. They’ve protested across the country, from California to Washington, D.C., but this was their first time in South Dakota.

The group’s standard uniform is a white jumpsuit with the crotch spray-painted red.

“There’s a stain covering where the injury is on my body,” Brother K said.

The group’s current tour will end in Minneapolis on August 10th.