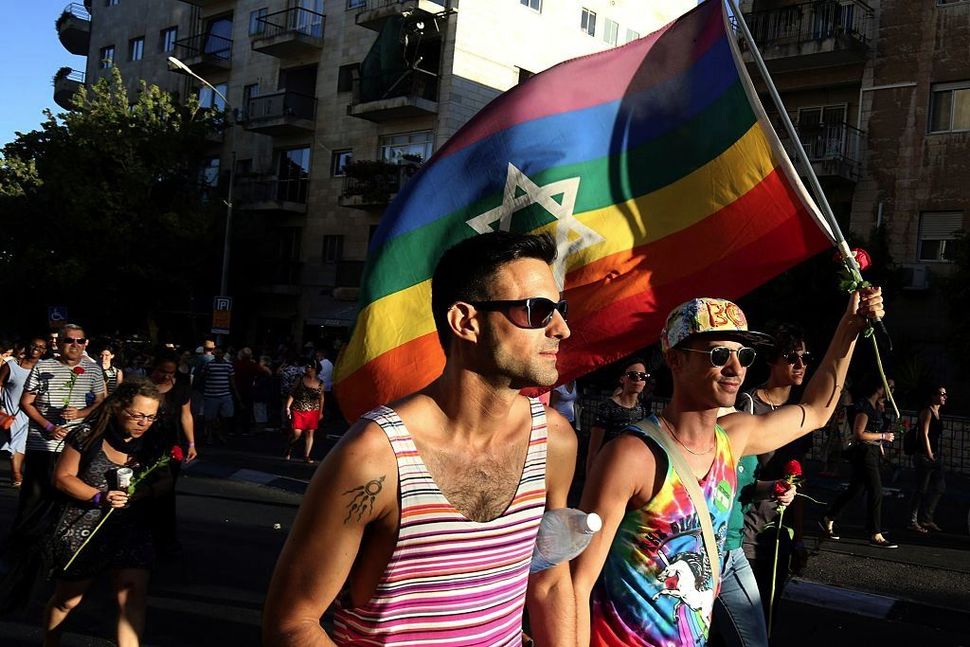 JERUSALEM (JTA) — Israel Police detained a 33-year-old man who made Facebook threats against participants in the Jerusalem gay pride parade.

The unidentified man, from central Israel, made the threats in a post Thursday on his page before the start of the parade, Israel Police said. He was questioned and released by an Israeli court that ruled he cannot enter Jerusalem until Friday, Israel’s Channel 10 reported.

“The police will act resolutely against anyone who tries to disturb the peace and the legitimate workings of the march,” the statement said, adding that the uniformed and plainclothes police would be deployed “to maintain order and security” for event participants.

Thousands of people are expected to join the march, the 16th annual pride parade to be held in Jerusalem.

A 16-year-old girl, Shira Banki, was killed in an attack at the July 2015 parade in which five other marchers were stabbed. A haredi Orthodox Israeli man is serving a life sentence for the stabbings.