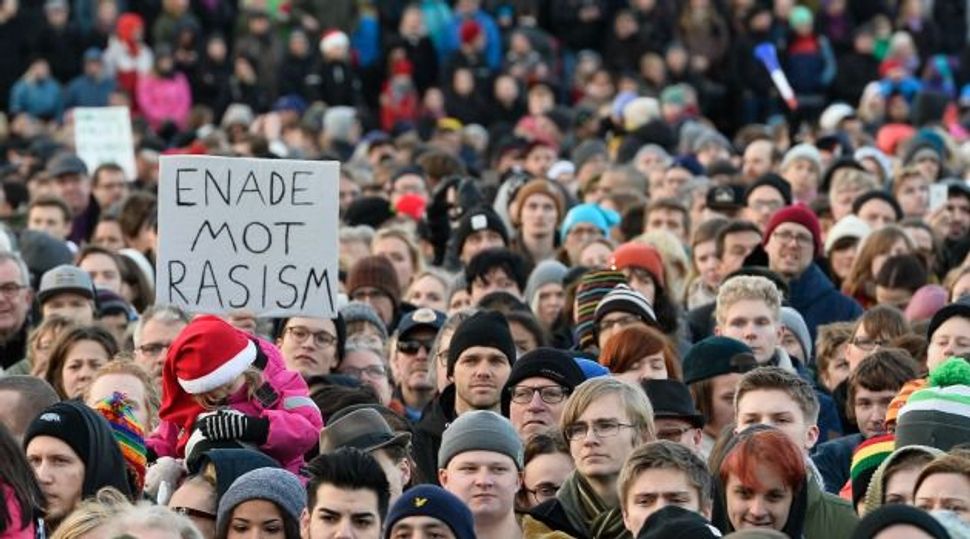 (JTA) — Police in southern Sweden are investigating an anti-Israel protest to determine whether the crowd chanted anti-Semitic epithets.

The Swedish-Palestinian Centre in Helsingborg held several anti-Israel protests last month while tensions were running high at the Temple Mount in Jerusalem, The Local-Sweden reported.

But at least one of the protests may have degenerated into the use of anti-Semitic chants, including one which called Jewish people the “offspring of apes and pigs,” according to The Local, which said videos of the protests have gone viral on social media.

“We can see that there are elements in these protests that are worrying and serious because they contain anti-Semitic insults and anti-Semitic claims in combination with a violent rhetoric, in a really unfortunate way,” Jewish Community of Northwest Skåne chairperson Josefin Thorell told the Swedish broadcaster SVT Helsingborg, according to The Local.

The Jewish community reportedly is also preparing a report to submit to the police.

The Swedish-Palestinian Centre said the chants at the protests were aimed at Israel, not the Jewish people as a whole.