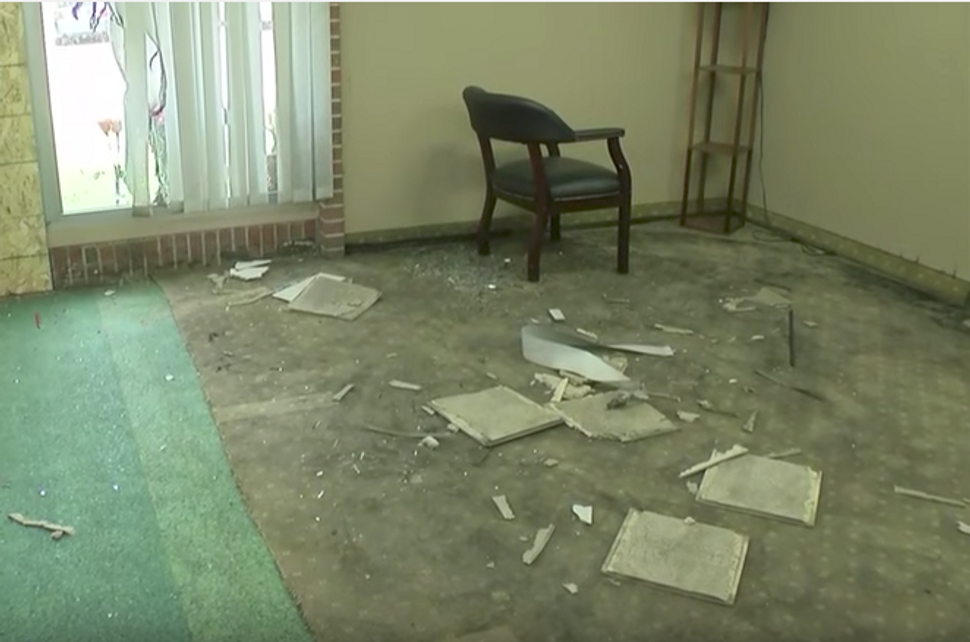 The Dar Al Farooq Mosque in Minnesota was firebombed. Image by YouTube

(JTA) — The Jewish Community Relations Council of Minnesota affirmed its solidarity with the Muslim community in the wake of an attack on a local mosque.

The blast at the Dar Al Farooq Islamic Center in Minneapolis occurred early on Saturday, while worshippers were gathered for early morning prayers. No one was injured in the attack, but the imam’s office where someone threw a firebomb was damaged, according to police.

The attack caused an estimated $95,000 worth of damage.

The Department of Homeland Security said in a statement that it was in contact with local, state and federal authorities as the investigation into the attack moves forward. “The Department of Homeland Security fully supports the rights of all to freely and safely worship the faith of their choosing and we vigorously condemn such attacks on any religious institution. We are thankful that there were no injuries, but that does not diminish the serious nature of this act,” the DHS said.