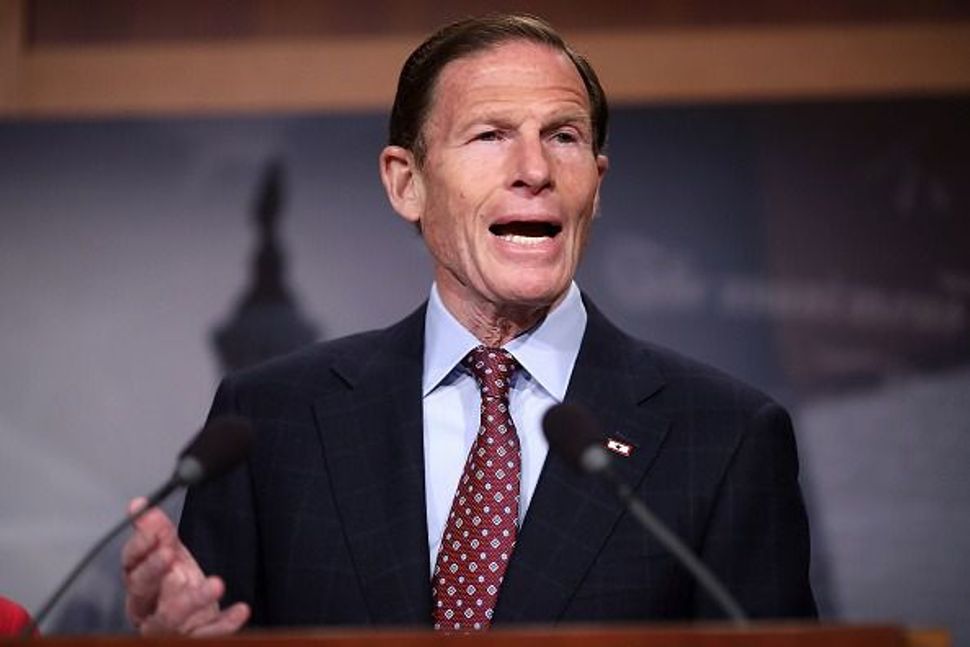 Connecticut Sen. Richard Blumenthal said on Tuesday that President Trump’s continued Twitter ire against him was intended as a distraction from the Russia investigation and the work of special counsel Robert Mueller.

“It’s really not about me,” Blumenthal said on MSNBC’s “Morning Joe.” “I have no idea what’s in the president’s head, but I can tell you I’m determined not to be distracted.”

Blumenthal, a Democrat, has introduced legislation that would prohibit Trump from firing Mueller, a prospect that has been floated by some in the administration and their supporters. Blumenthal’s move apparently prompted the president to head to Twitter, savaging the Connecticut’s senator’s military service.

“I think Senator Blumenthal should take a nice long vacation in Vietnam, where he lied about his service, so he can at least say he was there,” Trump tweeted.

When Blumenthal first ran for Senate in 2010, he was found to have embellished his military service in the 1970’s, having implied in past statements that he served in Vietnam. In fact, he served as a reservist and was based in the United States. Trump himself received two deferments for military service during the Vietnam War.