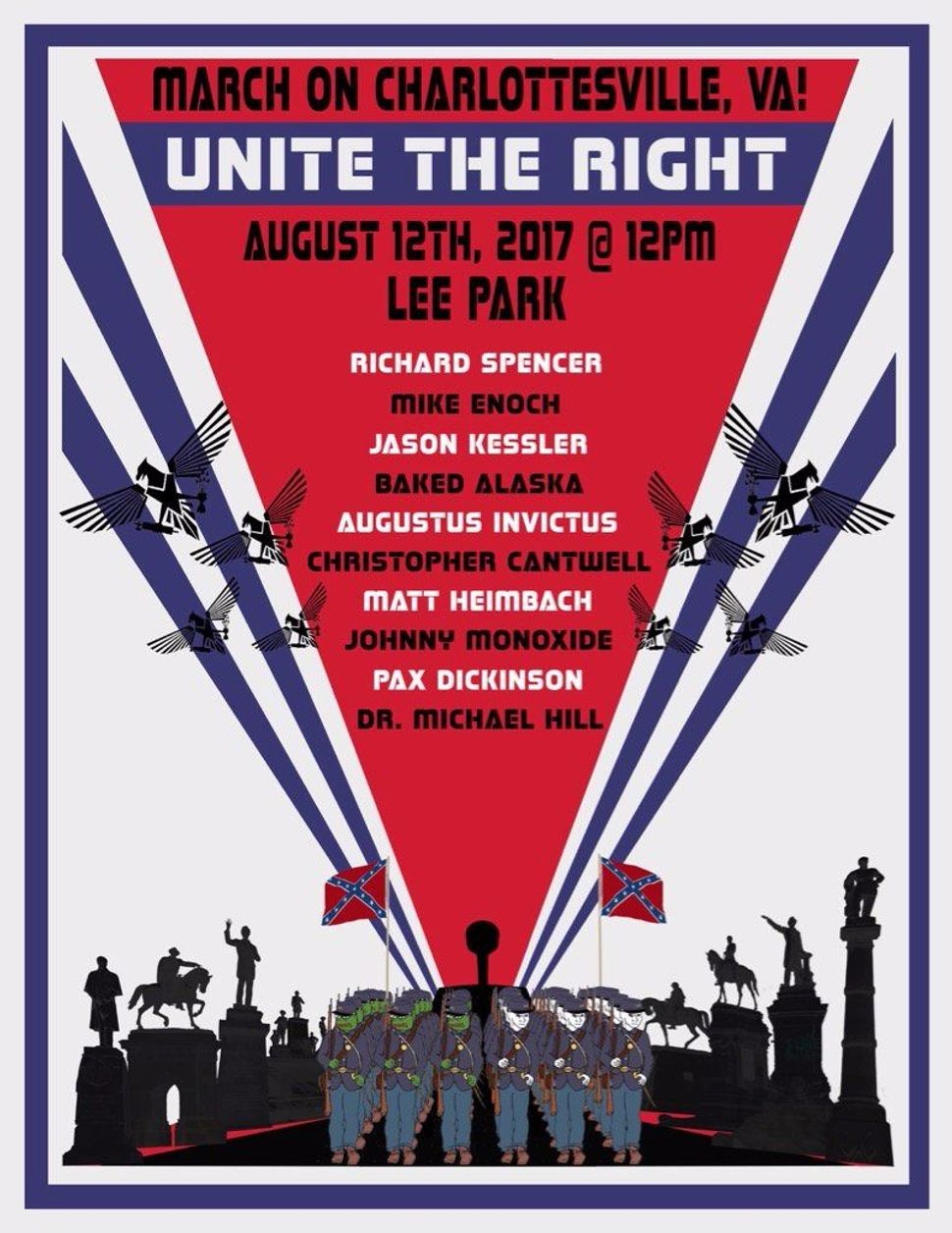 Promotional material for Unite the Right, a gathering of right-wing activists and white nationalists.

The city of Charlottesville, Va., is preparing for an influx of white nationalists from across the country ahead of Saturday’s “Unite the Right” rally.

In a detailed report, the Anti-Defamation League described the rally as potentially “the largest public gathering of white supremacists in at least a decade.” As many as 500 Unite the Right supporters could show up and local law enforcement estimates total crowd size could reach 4,000, which would also include counter-protesters.

Richard Spencer, a white nationalist and central figure on the “alt-right,” described the event as a “peaceful gathering of people who want to speak their mind.” His website Altright.com heralded the gathering as the “largest ethno-nationalist rally of the 21st century” and a “turning point for white identity.”

The event is organized by Jason Kessler, president and founder of the “right-wing political advocacy group” Unity and Security for America.

Those slated to attend include members of Identity Evropa, the National Socialist Movement, Vanguard America and the Traditionalist Workers Party. The ADL reports that members of various Klu Klux Klan groups will also attend. The bill for the event also includes members of what is known as the “alt-lite.”

Charlottesville mayor Mike Signer told The Washington Post that he’d rather see the rally get as little attention as possible. “I encourage everyone to ignore this ridiculous sideshow,” he said, “and to focus instead on celebrating the values of diversity and tolerance that have made Charlottesville a world-class city.”