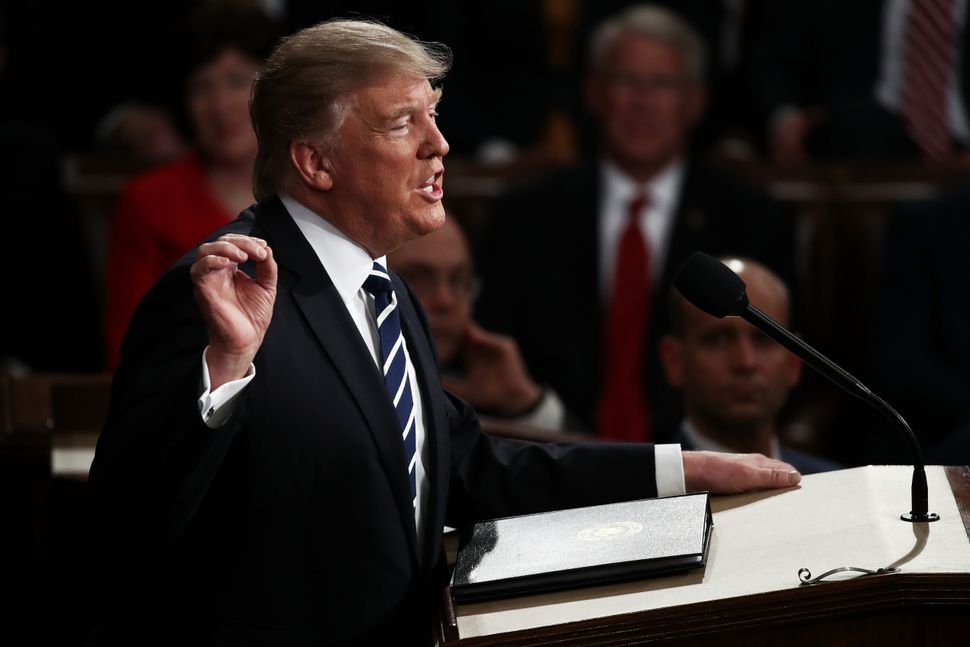 (JTA) — A bipartisan array of former top national security officials urged President Trump to stick to the Iran nuclear deal, saying that war with Iran is “more imaginable” today than it has been in five years.

The statement published Tuesday by The National Interest, a conservative think tank, was responding to reports that Trump is considering refusing to certify Iran’s compliance with the Joint Comprehensive Plan of Action, which trades sanctions relief for a rollback of Iran’s nuclear program, when the next assessment period comes around in October.

“The international agreement with Iran continues to prevent Iran from acquiring a nuclear weapon. No American national security objective would be served by withdrawing from it as long as Iran is meeting the agreement’s requirements,” read the statement signed by nearly 50 men and women who were either former senior officials of the U.S. government or prominent national security leaders who have not held senior government positions.

The warn that a U.S. rejection of the JCPOA could push Iran to return to its pre-agreement nuclear enrichment program at full strength and under far weaker international monitoring.

Trump last month reluctantly recertified Iran’s adherence to the 2015 deal brokered by President Barack Obama. However, within days of giving the go-ahead to recertify, Trump reportedly tasked a team to come up with a reason to decertify Iran at the next 90-day assessment in October.