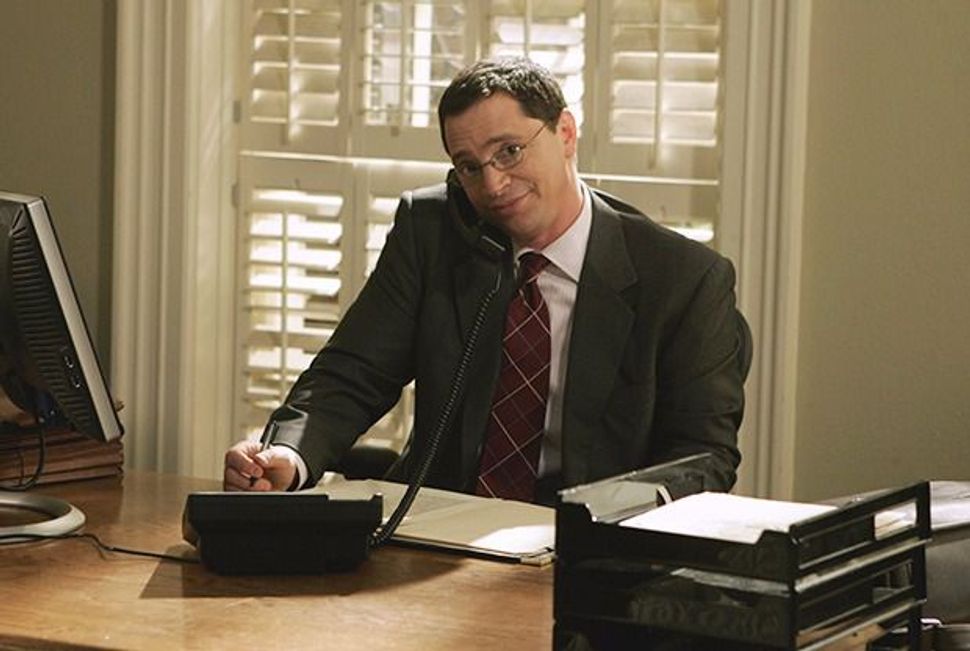 Josh Malina, the Jewish actor who rose to celebrity on the “West Wing,” has taken a swipe at Trump voters, in a missive that might have been considered a gaffe in the Bartlet White House.

If you’re one of the stupid cocks who voted for this stupid cock, do you not feel like a stupid cock?” he wrote on Twitter Monday, referring to President Trump’s supporters. His post came in response to the president’s declaration that North Korea would be met with “fire and fury” if it attacked the United States.

Malina starred in the “West Wing” as Will Bailey, chief of staff to the vice president in the award-winning political drama. Now, he has a recurring role in the show “Scandal” as Assistant U.S. Attorney David Rosen.