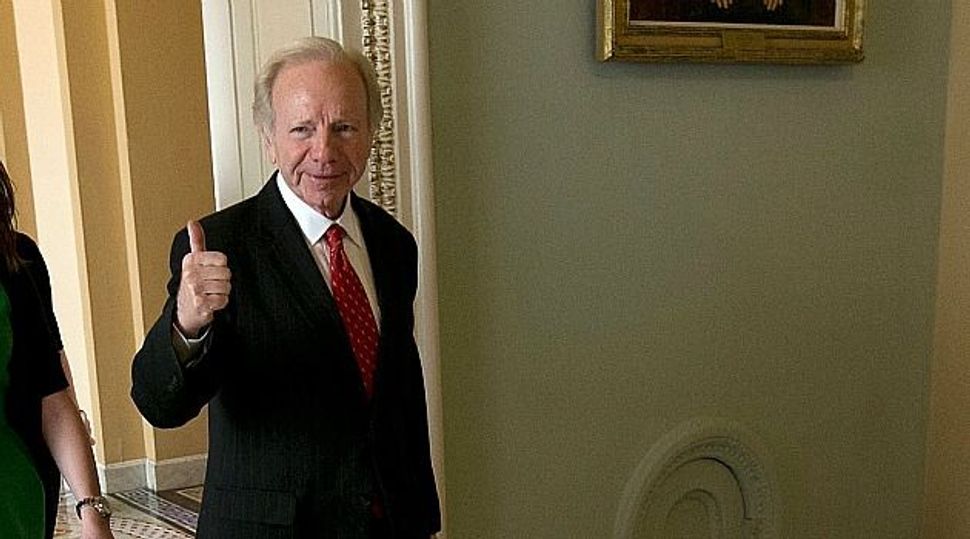 Former Connecticut senator Joe Lieberman is defending President Trump’s hot rhetoric against North Korea, saying that it might not be the worst thing to use martial words against the nuclear-armed totalitarian regime.

“I know that President Trump’s words were strong, but I’m not upset about them because we’ve tried for years and years, really decades, diplomatic language and a lot else with the North Koreans and it hasn’t worked,” the former vice presidential candidate said Wednesday on CNN.

Trump was criticized for telling reporters on Tuesday that any North Korean attack against the United States would be met with “fire and fury the kind of which has never been seen.” North Korea has developed ballistic missiles that might soon be able to shoot a nuclear warhead at an American city. North Korean media have made remarks about an attack on the American territory of Guam, an island in the Pacific Ocean.

Lieberman has a reputation as an foreign policy interventionist with an independent streak. He was a vocal supporter of the Iraq War, even after most of the Democratic Party had backed away from the conflict. He was briefly under consideration as a possible nominee to run the FBI after Trump fired director James Comey.