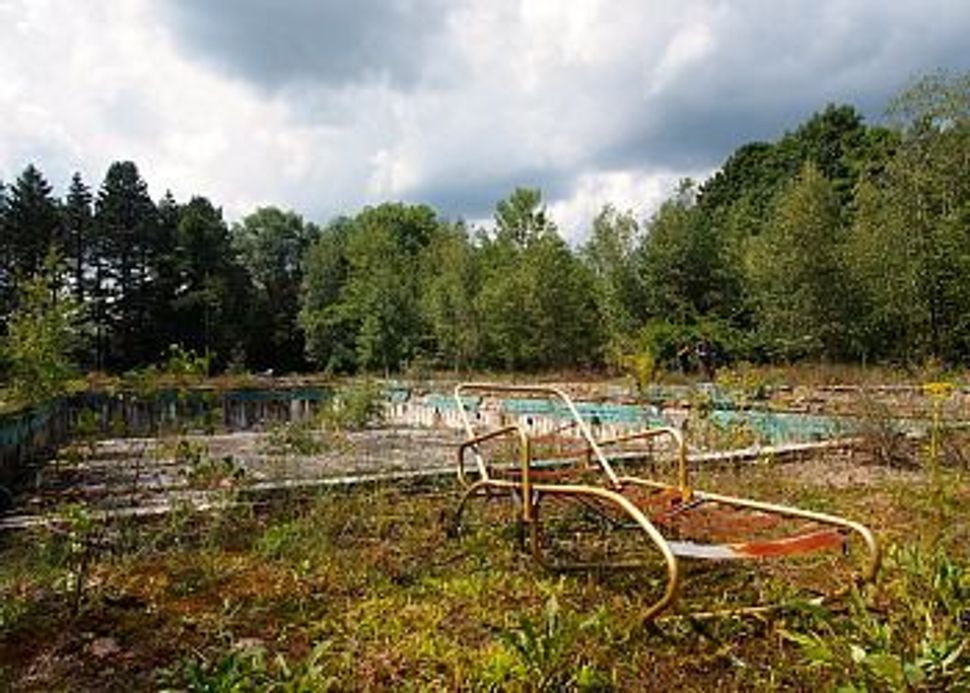 What?s left of the outdoor pool at Grossinger?s Catskill Resort and Hotel in Liberty, N.Y. Image by Abigail Jones

More than three decades after it shuttered, Catskills resort Grossinger’s could reopen as a hotel, spa and conference center.

Louis Cappelli, who owns the property, is applying for it to be designated a “brownfield,” a first step to securing funds to rehabilitate the property as a glamorous getaway, he told The New York Times.

Cappelli has owned the property for the better part of two decades, but told the Times that a new casino set to open a few miles away could revitalize the area.

“I’ve been a lone wolf trying to do this, and I really haven’t been able to accomplish it because of the enormity of the task,” Cappelli said. “But now that the casino is in fact going to be opening up there, I think the opportunity now exists to have this kind of original dream come true.”

Grossinger’s was the grandaddy of the Borscht Belt resorts, where its largely-Jewish clientele flocked during the hot New York summers. The Borscht Belt declined beginning in the 1970’s due to greater availability of air travel and air conditioning.