Glen Campbell Was A Practicing Messianic Jew For Over Two Decades 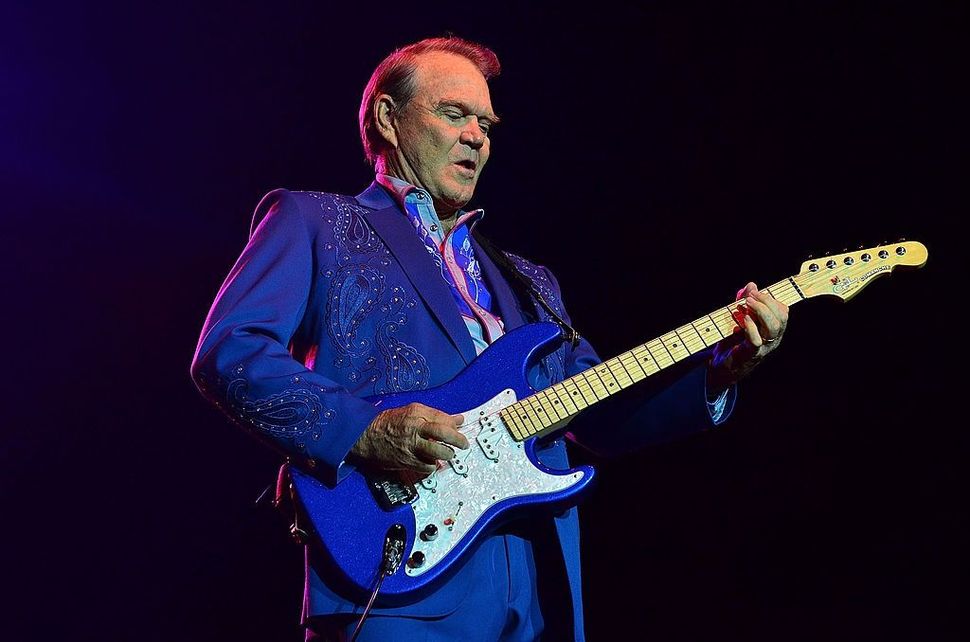 (JTA) — Glen Campbell, the country music star who died at 81 on Tuesday from Alzheimer’s, grew up in rural Arkansas. The man who sang hits such as “Rhinestone Cowboy” and “By the Time I Get To Phoenix” was raised a Baptist in a family of 12.

But as the Jewish Journal pointed out, Reuters reported in 2008 that Campbell had been a Messianic Jew for the last two decades of his life. He and his wife Kim attended services at a synagogue near their home in Malibu, and they celebrated major Jewish holidays, such as Passover, Rosh Hashanah and Hanukkah.

“Kim cooks a mean brisket but is still working on her matzo balls,” Dean Goodman wrote. “And grape juice subs for Manischewitz in the alcohol-free household.”

Goodman even observed a menorah and a Hebrew book in Campbell’s home.

Messianic Judaism combines Jewish traditions with the idea that Jesus Christ is the coming Messiah. Some Messianic Jews want the movement to be accepted as a sect of Judaism, but mainstream Jewish movements believe the ideology is a contradiction.

“It’s Jews who believe that Christ is the risen savior,” as Campbell told Reuters.

Glen Campbell Was A Practicing Messianic Jew For Over Two Decades