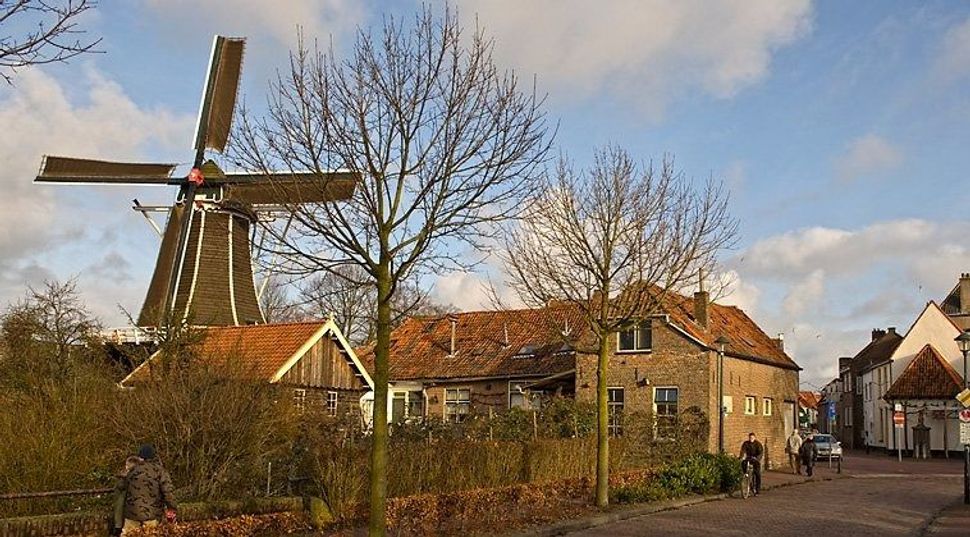 AMSTERDAM (JTA) — Historians in the Netherlands are searching for relatives of a couple murdered in the Holocaust, whose marriage certificate was found concealed inside a chimney.

Paul Harmens, a curator for the Overijssel Historical Center, told the Algemeen Dagblad daily last week that his institution has been searching for relatives of Siegfried de Groot and Bertha Lippers for weeks following the discovery earlier this year.

Their marriage certificate, issued in 1931 in Germany, was found at a private home during renovations the town of Hattem 60 miles east of Amsterdam. It was concealed behind a divide inside the home’s chimney.

The couple and their two children, Dietrich and Marta Clara, all perished in the Holocaust: Siegfreid in the Mauthausen death camp in Austria and the rest in Auschwitz. He was 29 when he married 22-year-old Bertha in 1931, in what the official paper said was a religious ceremony where a rabbi officiated.

Harmens said he did not know how the certificate ended up where it was discovered. De Groot, the groom, was born in Zwolle, a Dutch city bordering the suburb of Hattem.

“There are many open questions,” Harmens said. He added such discoveries are rare.