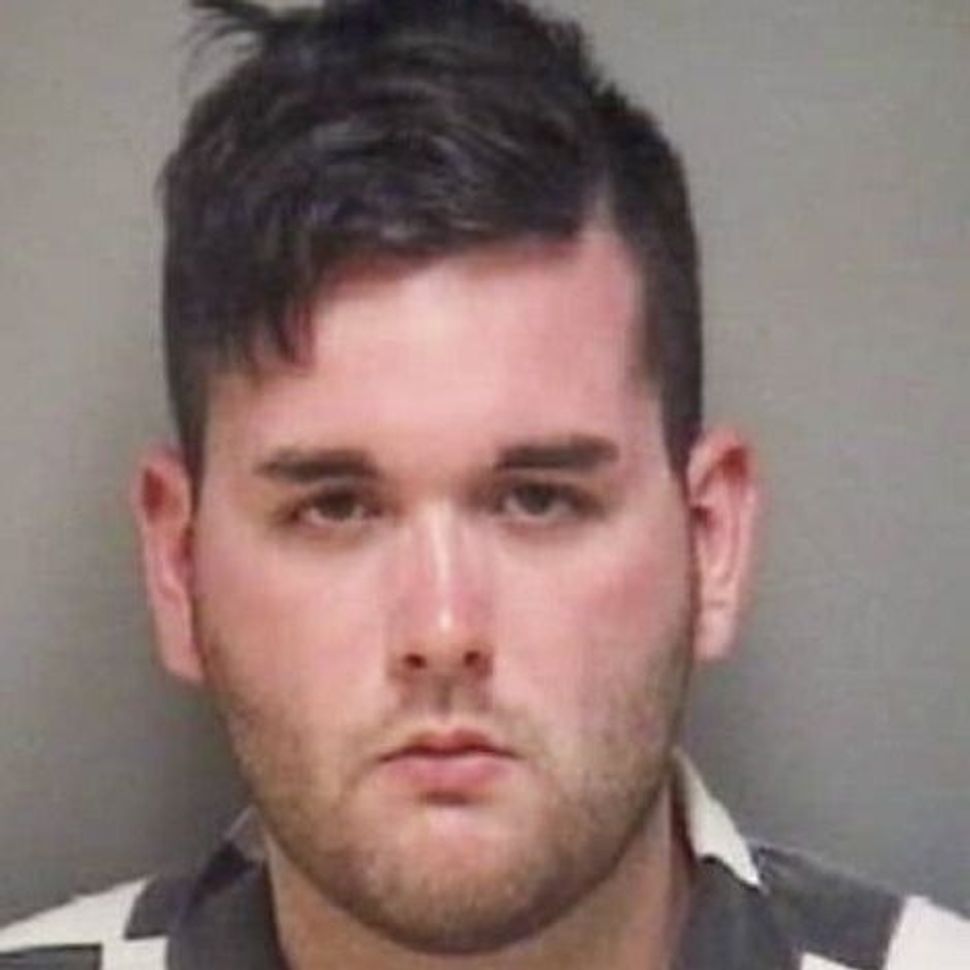 James Alex Fields, Jr. is being charged with second-degree murder after he allegedly rammed his car into a crowd of counter-protestors outside a white supremacist rally in Charlottesville, Va. Image by Albermarle-Charlottesville Regional Jail

James Fields walked into the former Nazi concentration camp in Dachau, Germany, on a school trip two years ago and told a classmate he was “where the magic happened.”

The account was one of several describing Fields’ white supremacist views that emerged in telephone and Facebook interviews on Monday, two days after his arrest on a murder charge for ramming his car into a group of people objecting to neo-Nazis rallying in Charlottesville, Virginia.

Several students who attended Randall K. Cooper High School with Fields in Union, Kentucky, recalled him as an angry young man who spoke admiringly about the Nazis and Adolf Hitler.

Fields’ court-appointed lawyer, Charles “Buddy” Weber, could not immediately be reached for comment.

Fields, 20, made a brief court appearance via video link on Monday. A judge denied bail for Fields, accused of killing one woman and injuring at least 19 other people on Saturday.

During the June 2015 school trip, Fields spat on a Russian war memorial in Germany and refused to shower because he did not want to use what he called “that dirty pig water,” according to a former classmate who has known Fields since childhood.

At Dachau, Fields looked like “a kid at an amusement park,” said the classmate, who asked not to be identified for fear of being targeted.

“He would read excerpts from Mein Kampf, and listen to Nazi propaganda music at night,” the classmate told Reuters.

Another former high school classmate, Morgan Stidham, said she did not know Fields well and never saw him doing anything violent.

“I only overheard him talking about things like Nazi stuff and how amazing Hitler was,” Stidham said.

Caleb Orndorff, who went to the same high school and who is black, said he and his brother once got into a verbal confrontation with Fields and that Fields called them a racial slur in response.—Reuters