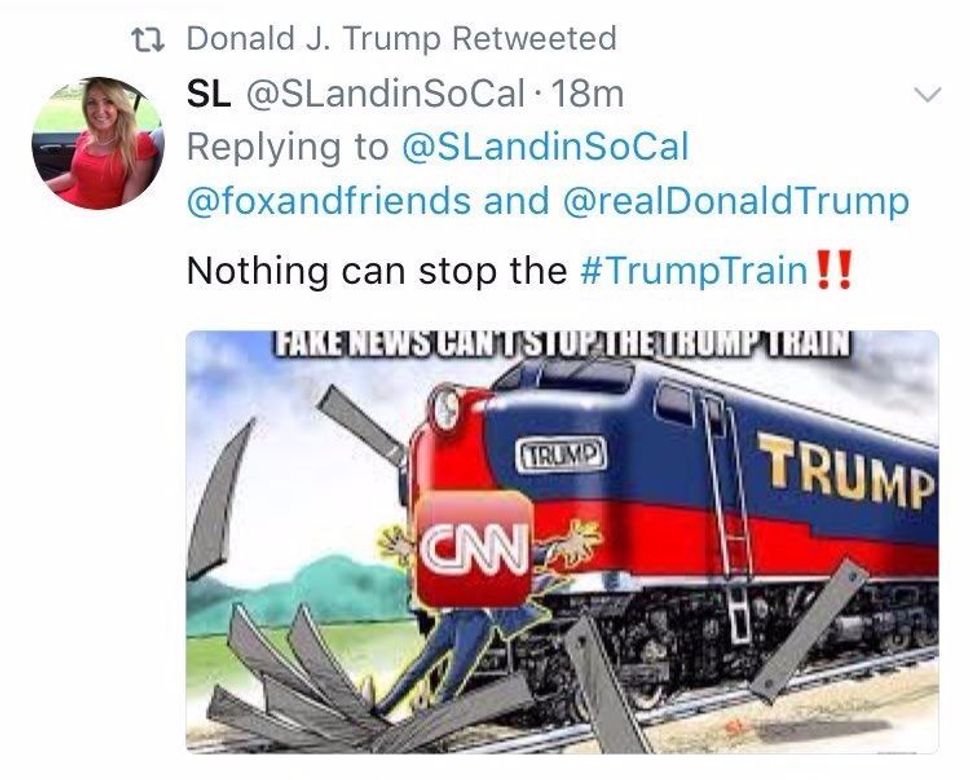 President Trump retweeted a post from a well-known alt-right activist involved in conspiracy theories — and an image of a CNN reporter being run over by a train.

The original tweet belongs to Jack Posobiac, an Alt-Right follower who has promoted conspiracy theories surrounding the murder of DNC staffer Seth Rich and the pizzagate conspiracy alleging Hillary Clinton’s staff trafficked in children at a Washington D.C. pizza joint.

In addition to retweeting Posobiac, Trump also posted his own attacks on the media, calling members of the press “truly bad people.” On Tuesday morning Trump shared, and then removed, a tweet of a cartoon showing a train carrying the name Trump running over a CNN reporter. The caption attached to the cartoon read: “Fake news can’t stop the Trump train.”

The tweets came after Trump tepidly denounced white supremacist violence at Charlottesville, which included a far-right demonstrator driving into a crowd of counterdemonstrators.