Neo-Nazi Daily Stormer Is Back Online — With A Russian Domain 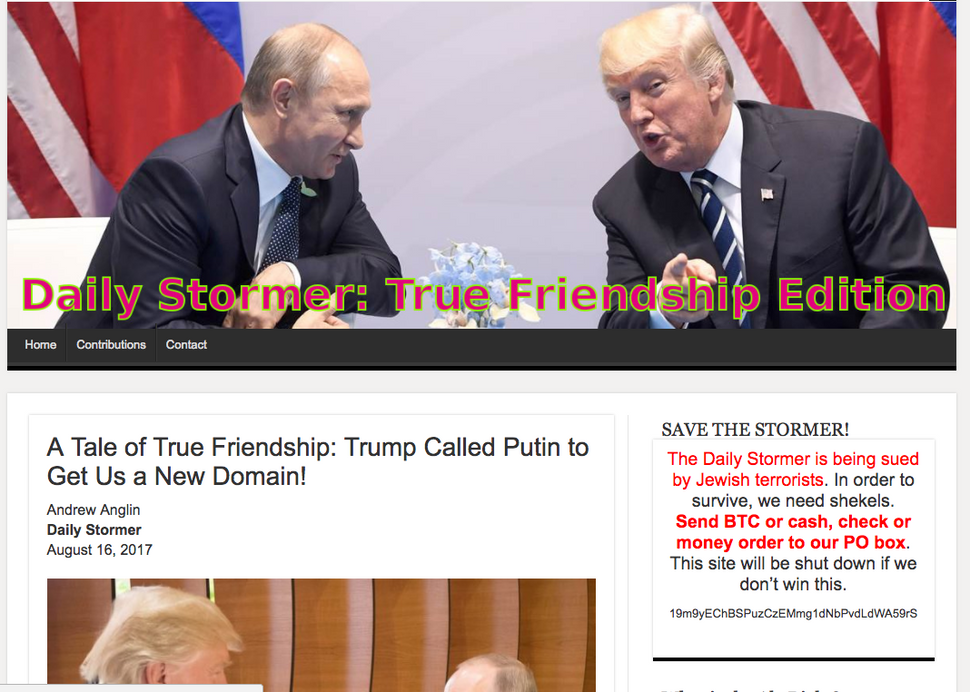 Just a day after the Daily Stormer was booted from two domain registrars, including Google, the neo-Nazi website is back — with a Russian domain name.

As first reported by the website arstechnica, the Daily Stormer is back online under the name “dailystormer.ru.” In a post announcing his return, publisher Andrew Anglin said his partner Andrew “weev” Auernheimer helped get the site up and running again.

The latest banner on the site — which usually features a collage of pop culture figures and white supremacist symbols — now shows a picture of Donald Trump sitting side by side with Vladimir Putin with the subhead: “True Friendship Edition.”

A typically bizarre and satirical post by Anglin tells an imagined story of how Trump collaborated with Putin to get the neo-Nazi site back online after it was shut down “by the greasy Jews.”

Neo-Nazi Daily Stormer Is Back Online — With A Russian Domain