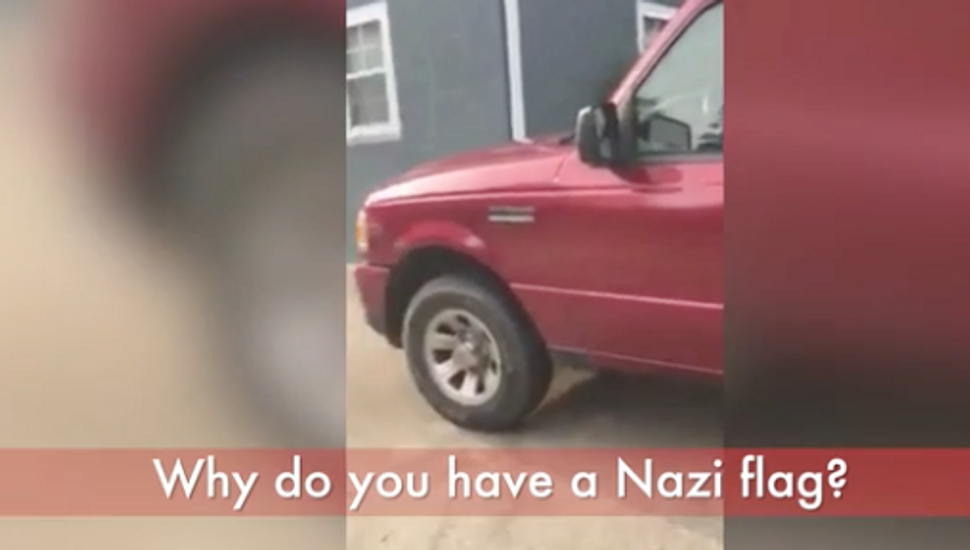 After neo-Nazis took to the streets in Charlottesville over the weekend, North Carolina resident Paige Braswell confronted a man in the town of Mount Holly over his flying of a swastika flag in front of his home.

The man, identified as Joe Love, spewed hatred at her after she drove up to his property and spoke to him about the sign.

During their brief conversation, reported in the New York Post, he referred to the United States as “Nazi fucking America.” He later told a local newspaper that he put up the Nazi flags as a reaction to what he said was the theft of his Confederate flags.

“I put three different flags out here, which were all Confederate flags, every one of them got stolen,” he said. “I put this one up, nobody wants it.”