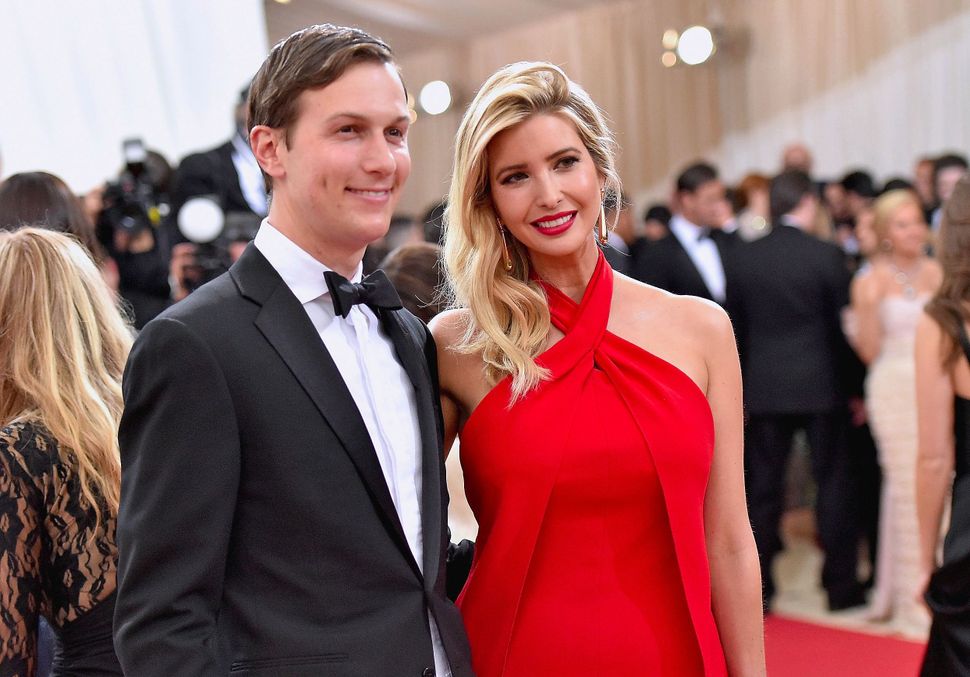 Trump and the Jewish-son-in-law paradox. Image by Getty Images

Amid the uproar over President Trump’s blaming “both sides” for violence in Charlottesville, Foxman urged the president’s daughter and son-in-law to act like the legendary queen of Persia and her uncle, who famously blocked King Ahasverus from killing the Jews.

“For (Trump) to have seen the torch parade and the epithets against his daughter, his grandchildren, his son-in-law, and stand up and say both sides are equal? Shame, shame, shame,” Foxman told Jewish Insider.

“They need to sit down with him, and say to him, face-to-face: ‘Do you understand what message you’re sending to your grandchildren?’” Foxman asked. “That it’s OK for people to march down and yell, ‘Get rid of the Jews, we don’t want the Jews.’”

“And you say this is nothing?” Foxman said.

Kushner and his wife reportedly advised Trump to moderate his initial comments blaming both sides. But the couple were on vacation in Vermont when Trump backtracked went back to his original stance on Tuesday.

Kushner was once seen as an influence in preventing Donald Trump from issuing inflammatory tweets, with observers noting that some of his most egregious missteps have come when his son-in-law was offline for Shabbat.