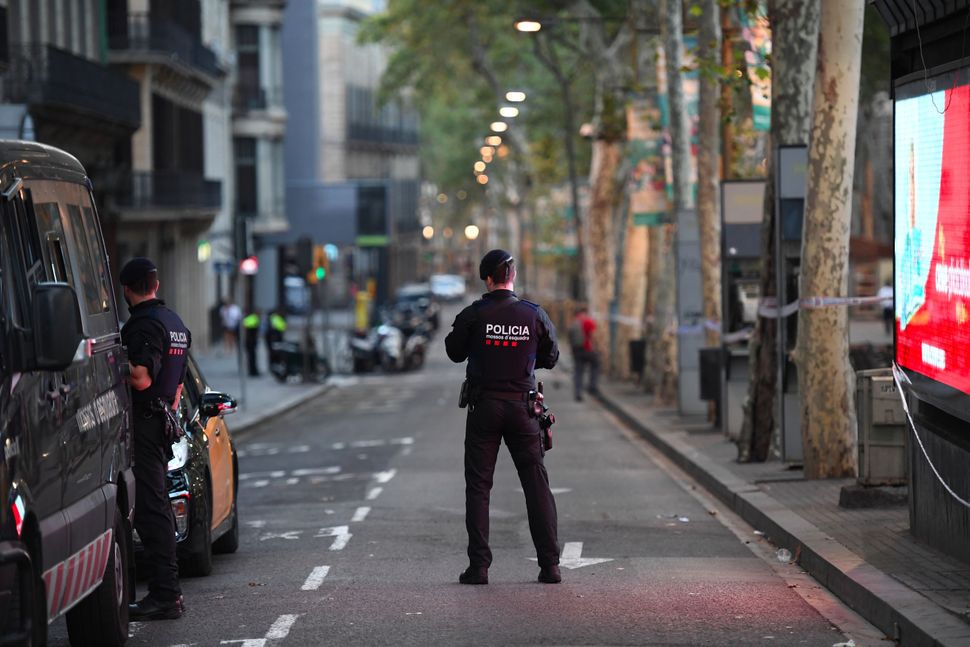 (JTA) — Commenting on deadly attacks in Catalonia, the chief rabbi of that region in Spain said that his community is doomed, partly because of radical Islam and authorities’ alleged reluctance to confront it.

Rabbi Meir Bar-Hen has been encouraging his congregants to leave Spain, which he called during an interview with JTA a “hub of Islamist terror for all of Europe,” for years before the attacks Thursday and Friday, he said. At least 13 victims and five suspected terrorists were killed in Barcelona and the resort town of Cambrils, 75 miles south of the city.

To Bar-Hen, whose community on Friday resumed activities that it had suspended briefly following the Barcelona attack, “Jews are not here permanently,” he said of the city and region. “I tell my congregants: Don’t think we’re here for good. And I encourage them to buy property in Israel. This place is lost. Don’t repeat the mistake of Algerian Jews, of Venezuelan Jews. Better [get out] early than late.”

A white van on Thursday careered into a crowds on Las Ramblas, Barcelona’s feted thoroughfare, when the street was packed with locals and tourists. More than 100 were injured, including 13 fatalities.