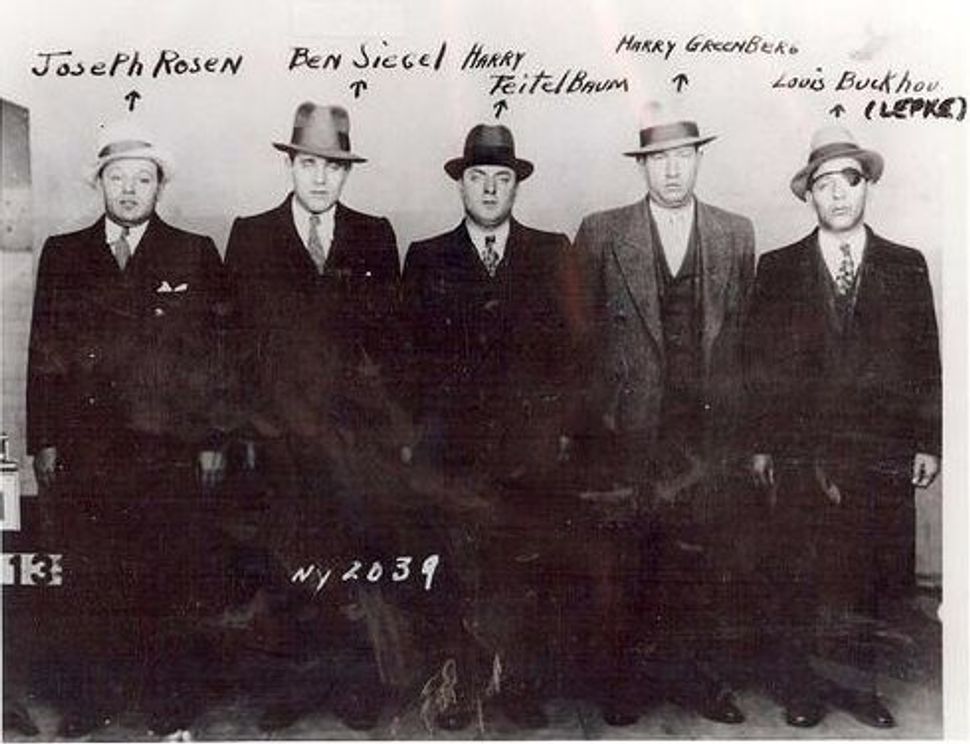 Five Prohibition-era Jewish mobsters from the Bugs and Meyer Mob. Image by Pinterest

Myron Sugerman, of Newark, N.J., has written his memoir: “The Chronicles of the Last Jewish Gangster from Meyer to Myron.”

A slot machine installation specialist, Sugerman, 79, went all over the world helping gambling enterprises get off the ground, from South America to Africa to the Middle East. He arranged meetings between old Jewish mobsters — sometimes called the Kosher Nostra — and famous actors, and was a close friend of Simon Wiesenthal, a Nazi hunter who played a role in the capture of Adolph Eichmann.

“I tried always to answer to God’s law and sometimes even man’s law,” he told the New York Daily News. “I always made it my business to deal fair and square and make sure everybody got the right end of a deal.”

Sugerman now travels around to synagogues and community centers, teaching the history of the Jewish mob and the role they played in protecting Jews from the Italian mafia and groups like the Nazi Party of America.

“I’m the last man standing of a generation of a world that once was,” Sugerman said. “Those were men who in their own way cared for their people and their community.”