1 In 3 British Jews Have Considered Emigrating Over Anti-Semitism 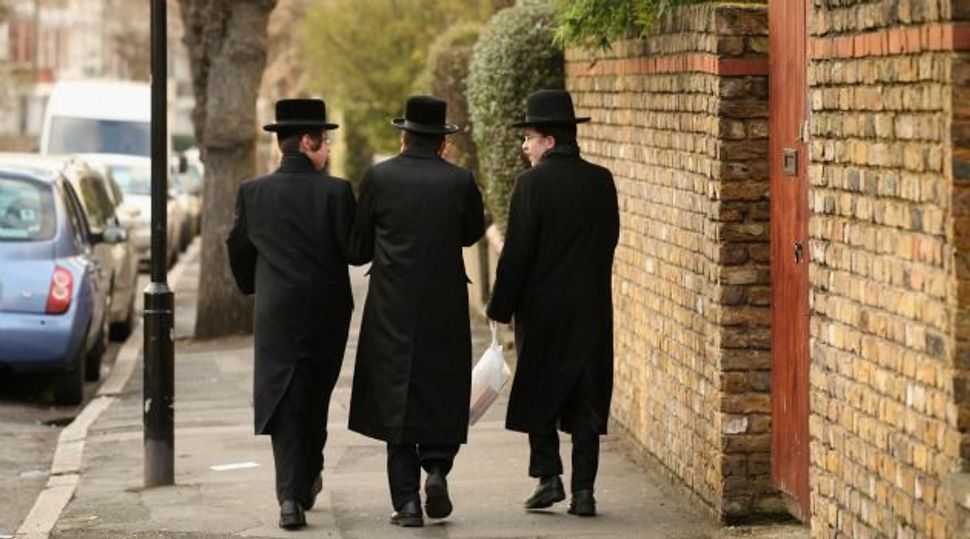 No to Hatred: The Orthodox Shomrim security patrol will help protect a mosque in the heavily Jewish Hackney section of London. Image by getty images

(JTA) — Almost a third of British Jews,said they have considered leaving the United Kingdom over the past two years due to anti-Semitism.

The findings are part of a report published Sunday by the Campaign Against Antisemitism watchdog group, which conducted since 2015 interviews with more than 10,000 British Jews together with the YouGov market research company.

In interviews conducted in 2016 and 2017 with a combined sample population of 7,156 respondents, 37 percent of them said they have been concealing in public signs that would indicate that they are Jewish.

Only 39 percent of respondents from 2015 onward said they trust justice authorities to prosecute perpetrators of anti-Semitic hate crimes.

Three-quarters of the people interviewed said they feel that recent political events have resulted in increased hostility towards Jews. Since 2015, 80 percent of respondents said they believe that the Labour Party is harboring anti-Semites in its ranks.

The Jewish community of the United Kingdom recorded 767 anti-Semitic attacks in the first half of 2017 — the highest figure since monitoring began in 1984.

1 In 3 British Jews Have Considered Emigrating Over Anti-Semitism