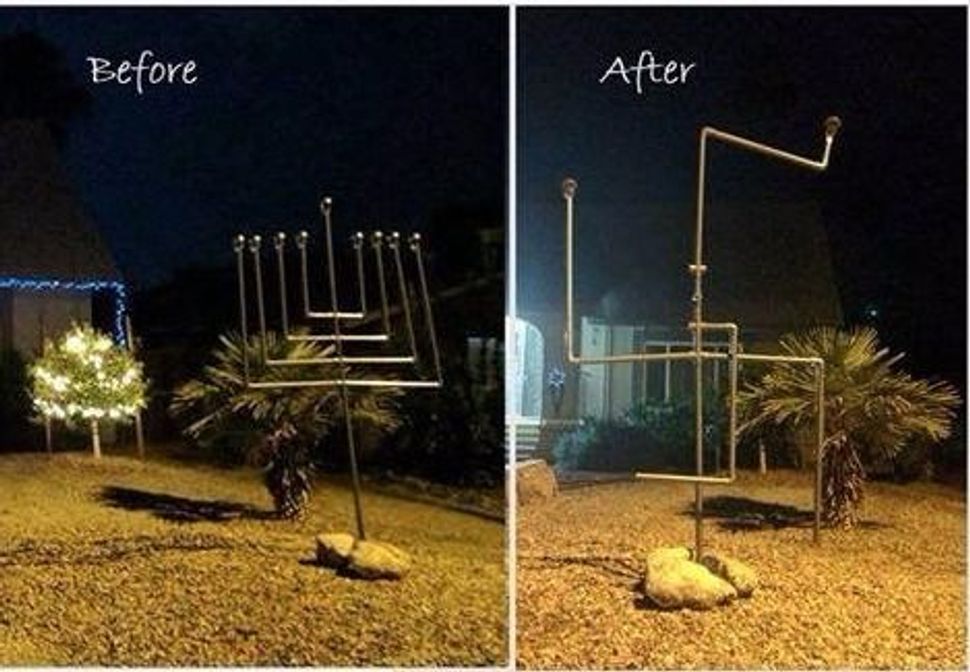 Three teens pleaded guilty to criminal damaging charges for twisting a large decorative menorah in the front yard of an Arizona family’s home into a swastika.

The teens, who were arrested in March and charged as juveniles in the December incident in a residential neighborhood in Chandler, Arizona, offered the guilty pleas Thursday in Maricopa County Court.

They were sentenced to serve 30 hours of community service, along with writing an apology letter to the victims and paying restitution. They also must meet with a Holocaust survivor and write an essay on what they learned about the Holocaust and how their desecration of the menorah affected the community, the CBS affiliate in Phoenix reported.

The Maricopa County Attorney’s Office has not yet decided how to charge the fourth vandal in the incident, Clive Jamar Wilson, 19, who posted an apology to the family on Facebook after he was arrested.

The Hanukkah candelabra damaged on Dec. 30, 2016, was made of gold spray-painted PVC pipes and solar-powered lights.

Parents Naomi and Seth Ellis said they built the 7-foot menorah in front of their house after their three sons, ages 5, 6 and 9, asked for lights in their yard like their neighbors’ Christmas decorations.