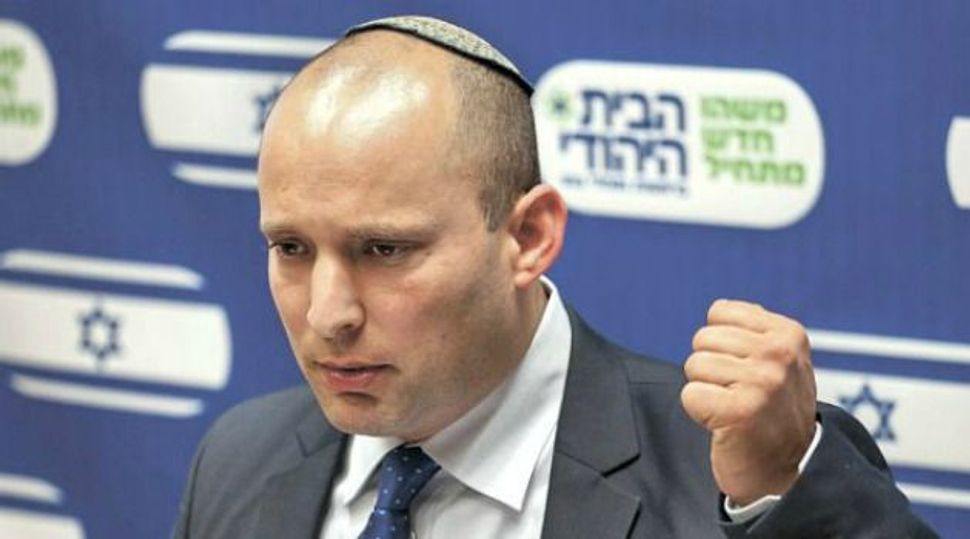 JERUSALEM (JTA) — A rabbi who is a leader of the Jewish Home Party has threatened to leave the party because a spokeswoman for its leader, Naftali Bennett, is a lesbian.

Rabbi Yisrael Rozen, the head of the Zomet Institute, which researches how technology can be used under Jewish law, on Wednesday resigned from the party’s presidium, and on Thursday threatened to leave the party altogether.

“I have nothing against her or against them (homosexuals), but I think that this community is wrong and defiant and that outwardly expressed homosexuality is an impossibility in a party that purports to represent religious Zionism,” Rozen reportedly wrote to the leaders of the Jewish Home Party.

Bennett’s media advisor Brit Galor Peretz is married to her female partner Adi, and that they are raising two children.

Bennett insisted the party would not dump Peretz.

“Anyone who thinks I need to discriminate against a person because of his sexual orientation, gender or skin color will encounter a total refusal from me,” Bennett said in a tweet, which quoted from the Jewish text Ethics of the Fathers, after Rozen’s objections became public.