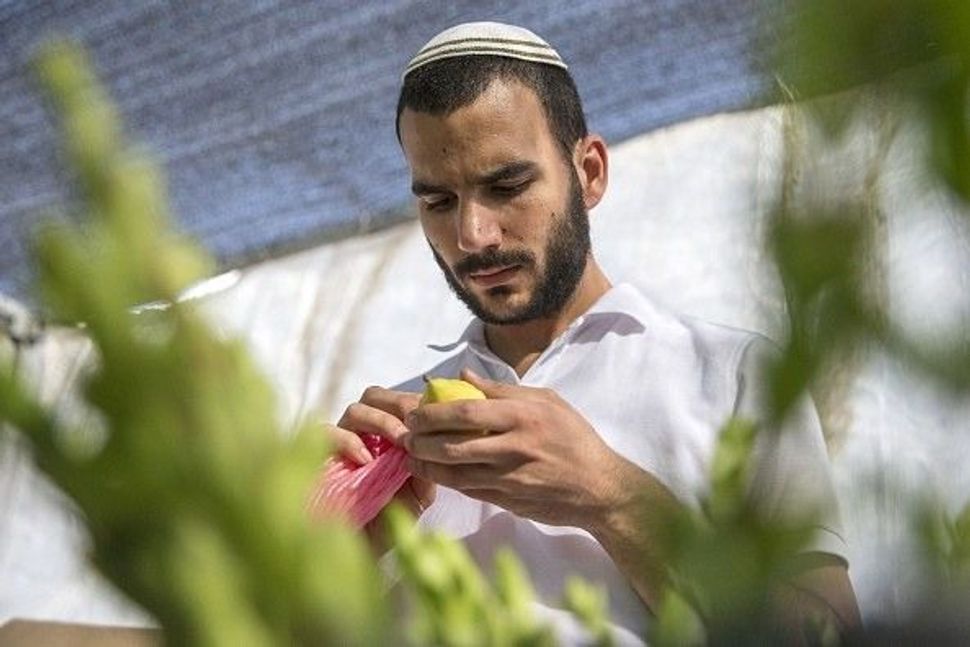 (JTA) — The Italian government said that the export of Italy-grown etrog fruits to Russia will not be affected by sanctions imposed by the European Union against Moscow, Russia’s chief rabbi said.

The agreement to exempt the export of the citrus fruit, which Jewish communities use as a religious artifact during the week-long holiday of Sukkot, from any sanctions was reached last year and applies also to the June extension of those sanctions, Rabbi Berel Lazar told JTA  based on statements from a local government in Italy.

Lazar was born in Milan to a Chabad rabbi, Moshe Lazar, who for the past 50 years has been responsible for supervising the export of etrogim in Calabria to make sure the fruit, which are easily bruised and rendered non-kosher, meet the highest standards. Berel Lazar traveled to Calabria to help his father, who is 83, with the harvest.

Followers of the Chabad-Lubavitch Hasidic movement share a strong preference for the etrog grown in Calabria, where tens of thousands of etrogim are picked annually for export in orchards owned by approximately 100 farmers. Etrogim also are grown in Israel and Morocco.