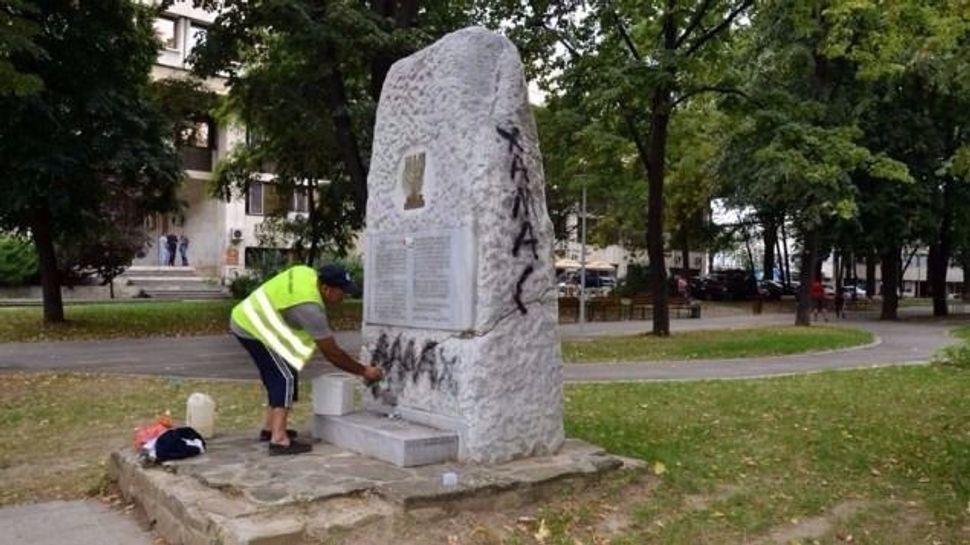 (JTA) — A monument put up by Jews in Bulgaria to thank the town of Vidin for preventing the deportation of its Jews during the Holocaust was vandalized.

The Thanksgiving Monument, erected in 2003, was spray painted with the words “Allah,” “Palestine,” “Hamas,” and the Islamic star and crescent moon symbol, the Shalom Organization of Jewish in Bulgaria said in a Facebook post on Monday.

The organization posted photos of the vandalism, which occurred on Saturday, on its Facebook page.

The mayor of the Vidin municipality, Ognyan Tsenkov, called the vandalism an “outrageous and unacceptable” act, the Shalom Organization said in its post. He reportedly ordered the monument to be immediately cleaned.

Shalom Organization President Alexander Oscar in a letter to the mayor thanked him for his firm statement and quick action, and stressed that the monument “will continue to be a symbol of the brotherhood and a long history between our two peoples,” the post also said.