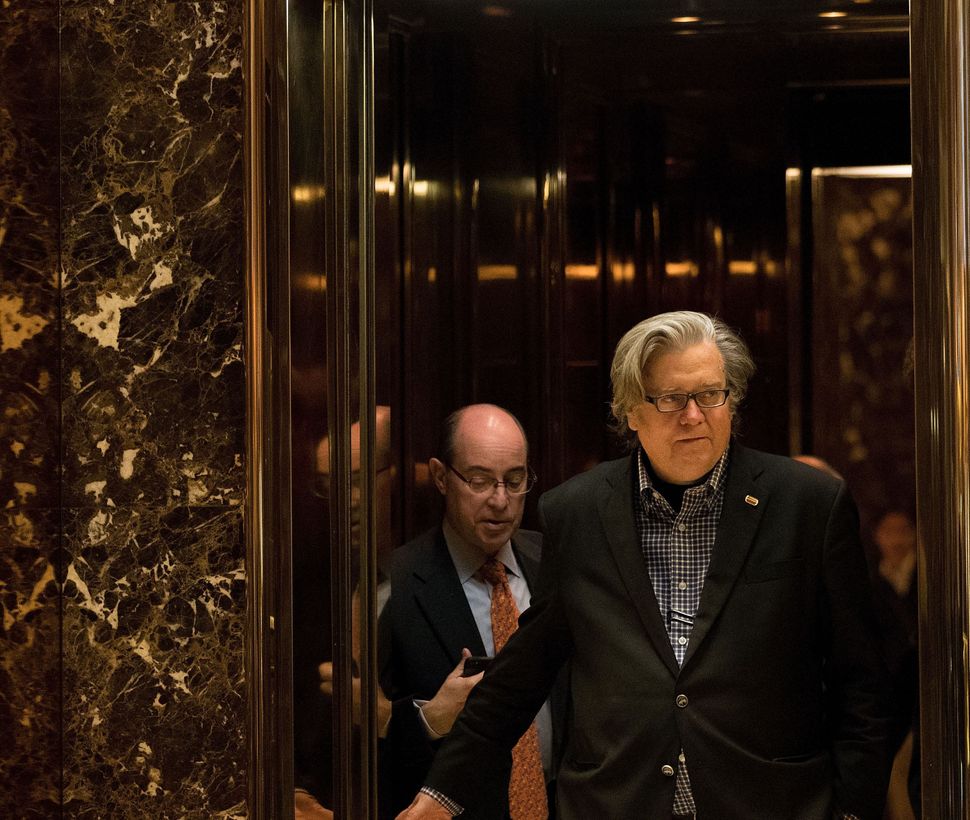 A report Sunday evening in Vanity Fair titled “Steve Bannon Readies His Revenge: The war on Jared Kushner is about to go nuclear,” said that Bannon’s targets in the West Wing are the “globalists,” identified as Ivanka Trump, Kushner and former Goldman Sachs president Gary Cohn, the chief economic adviser to Trump and director of the National Economic Council, as well as the “hawks,” identified as National Security Adviser H.R. McMaster and his deputy, Dina Powell.

The magazine cited Breitbart News Editor-in-Chief Alex Marlow as saying that Bannon “wants to beat their ideas into submission. Steve has a lot of things up his sleeve.”

Bannon has returned to head the right-wing website Breitbart News after being removed from his White House post on Friday, nearly a week after he welcomed President Donald Trump’s divisive comments on a far-right rally in Charlottesville, Virginia. He had left Breitbart to join the Trump campaign last year.

An unnamed Bannon ally told Vanity Fair that the former White House strategist called Kushner, an adviser to the president as well as his son-in-law, “a dope,” and that the two clashed fiercely on personnel decisions and policy debates, both domestic and international, many of which Bannon lost.