Trump Looks At Eclipse — Even After Ivanka Warned Him Not To 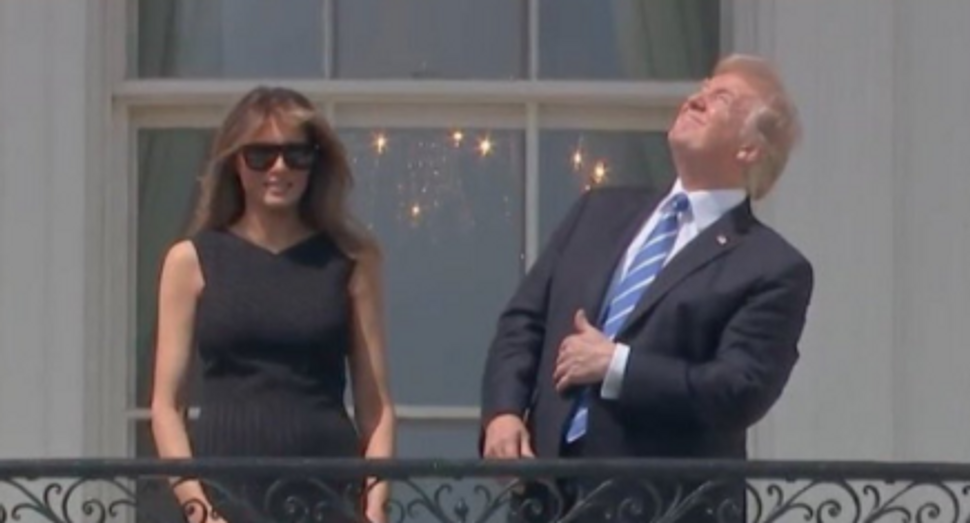 It was another epic fail in Ivanka Trump’s efforts to influence the president. Her father peeked at Monday’s solar eclipse, even after she tweeted a warning about not looking at the sun.

President Trump and first lady Melania Trump were caught by the press looking at the solar eclipse from the White House’s Truman Balcony. Though the couple eventually donned eclipse glasses, the president appeared to look straight up at the eclipse – something that can lead to eye damage.

And that was after Ivanka sent out her Twitter.

Ivanka Trump has struggled to get her dad to listen – on Paris climate change, on the transgender military ban and now, it seems, on eclipse etiquette. But at least she wasn’t at the White House – she was watching the event from the National Air and Space Museum nearby.

Trump Looks At Eclipse — Even After Ivanka Warned Him Not To