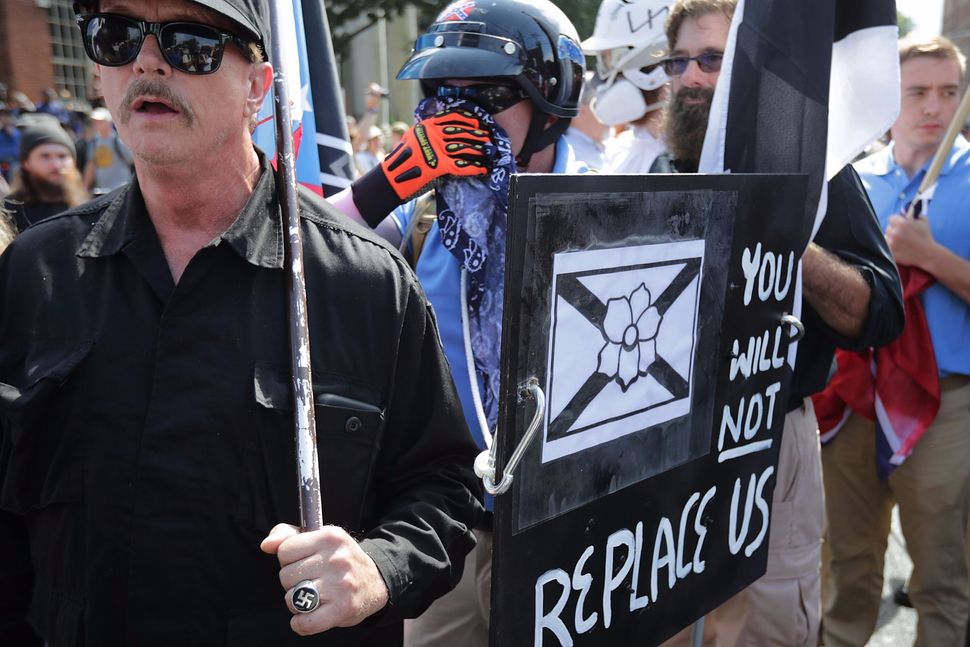 The Jewish Bar Association of San Francisco has raised more than $85,000 as part of an unusual fundraising campaign to combat a right-wing rally proposed for next weekend in San Franciaco.

According to a NBC report, the group was inspired by the story of Wunsiedel, a small German town that in 2014 “decided to combat an annual neo-Nazi march through town by donating money to an anti-extremist group for every marcher.”

Similarly, on the cusp the controversial rally, the Jewish Bar Association is asking people to donate $100 to the SPLC for every marcher expected at San Francisco’s Crissy Field.

The bar association represents “500 attorneys and businesspersons of different races, backgrounds, and ethnicities” in the Bay Area.

The organizers of the “Patriot Prayer” rally deny being an “alt-right” or white nationalist group, but the Jewish Bar Association worries that the rally could be a repeat of the violent rally that took place in Charlottesville, Va. earlier this month.