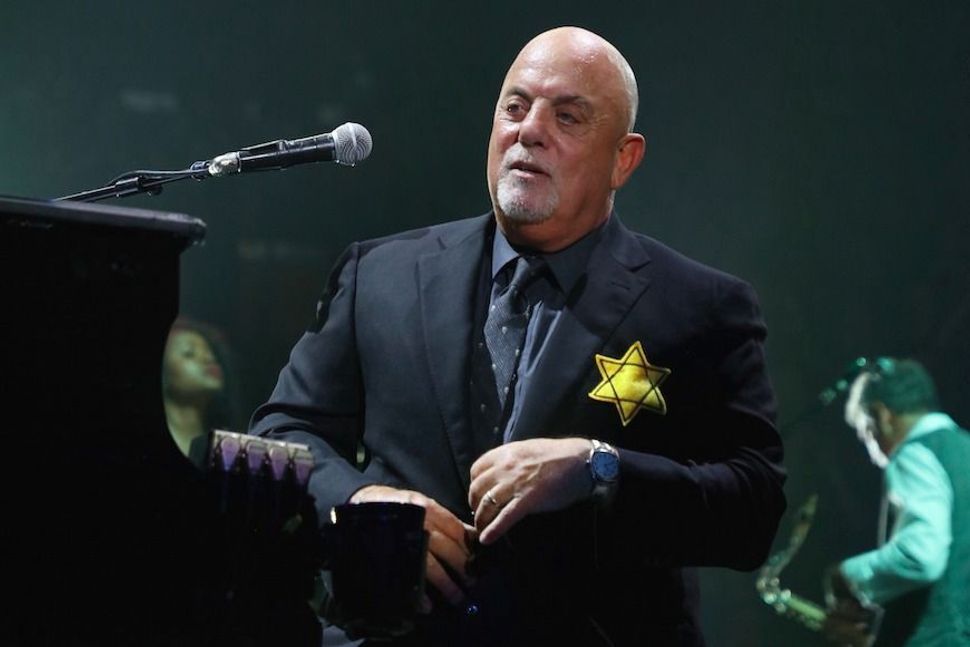 (JTA) — Legendary singer Billy Joel appeared onstage for an encore during his monthly concert at Madison Square Garden wearing a yellow Star of David on his jacket.

Photos of Joel wearing the yellow star began appearing on Facebook shortly after Monday night’s concert. At least one tweet bore the hashtag #Charlottesville. Other tweets called Joel “a true hero,” and his decision to wear the star “Epic and brave.”  A tweet read: “So dope seeing Billy Joel live and seeing him take a stand to the hate in our country. Wearing the star of david is a huge statement.”

Joel’s parents are Jewish but he was not brought up religious. He has been described as a secular Jew and an atheist.

During the concert on Monday he invited singer Patty Smyth on stage to sing with him her hit song when she performed with the American band Scandal, “Goodbye to You,” while a screen behind them flashed pictures of fired White House staffers including former strategic adviser Steve Bannon, former press secretary Sean Spicer, and former communications adviser Anthony Scaramucci.

Billy Joel doing is encores at MSG on 8/21 wearing one Jewish Star on his breast and another on his back. He is a true hero. pic.twitter.com/M42f6P1f8J