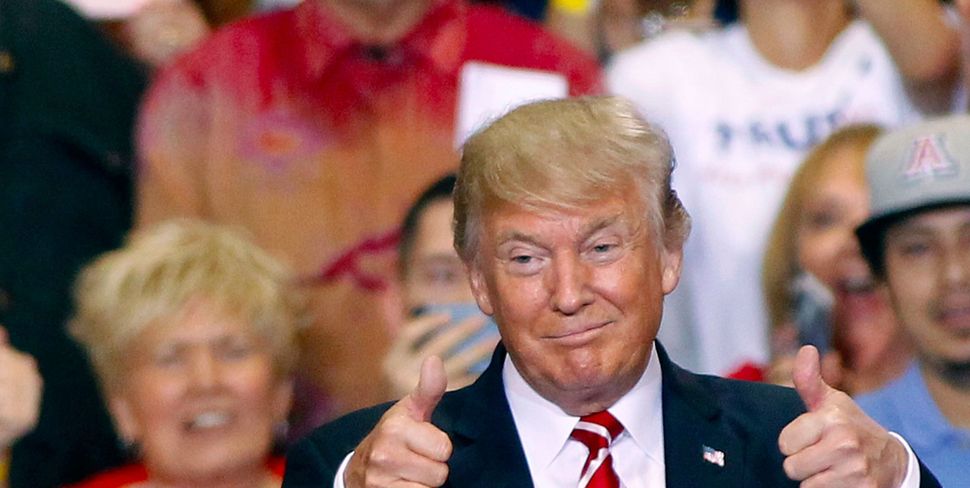 WASHINGTON (JTA) — President Donald Trump said the media misrepresented his condemnation of white supremacists last week, but he did not address the elements of his remarks blaming all sides for violence that had spurred controversy.

Trump, who unprecedentedly launched his campaign for reelection in 2020 almost as soon as he was elected, appeared Tuesday at a campaign rally in Phoenix.

Trump quickly transitioned however into an attack on the media — he pointed to the media pen and called reporters “dishonest” and “bad” people — and he pulled out of his pocket transcripts of his remarks at various stages after the deadly attack.

In his initial remarks within hours of the attack on Aug. 12 he blamed “many sides” for the violence. And he later said there were “very fine people” on both sides.