Synagogue And Church Unite To Offer Sanctuary To Immigrant Mom 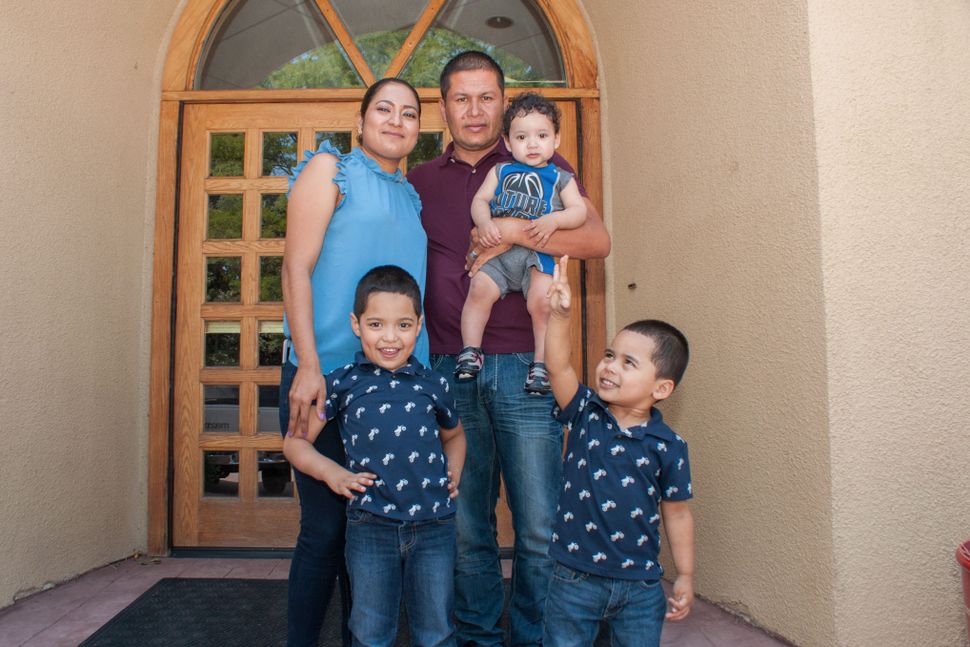 Araceli Velasquez and her family Image by Ric Urrutia

A Denver, Colorado synagogue and church are joining forces to help an immigrant from El Salvador who fears her life will be in danger if deported back to her homeland.

Temple Micah and the Park Hill United Methodist Church are holding a joint interfaith prayer service Wednesday welcoming Araceli Velasquez and her family to take sanctuary in the church. Velasquez came to the United States in 2010 seeking asylum because of the violence she encountered in El Salvador. Her request was eventually denied.

While in Denver, she married and had three children, all are American citizens. If deported, Velasquez will be forced to separate from her children and could face threats to her life in El Salvador.

“As Jews we are obligated to create a world that is just, compassionate and peaceful,” said Rabbi Adam Morris of Temple Micah in a press release issued by American Friends of Service Committee which helped organize the sanctuary. “Our current historical moment – in which people like Araceli have their families, safety and well-being devalued or endangered – compels us to act.”

Synagogue And Church Unite To Offer Sanctuary To Immigrant Mom