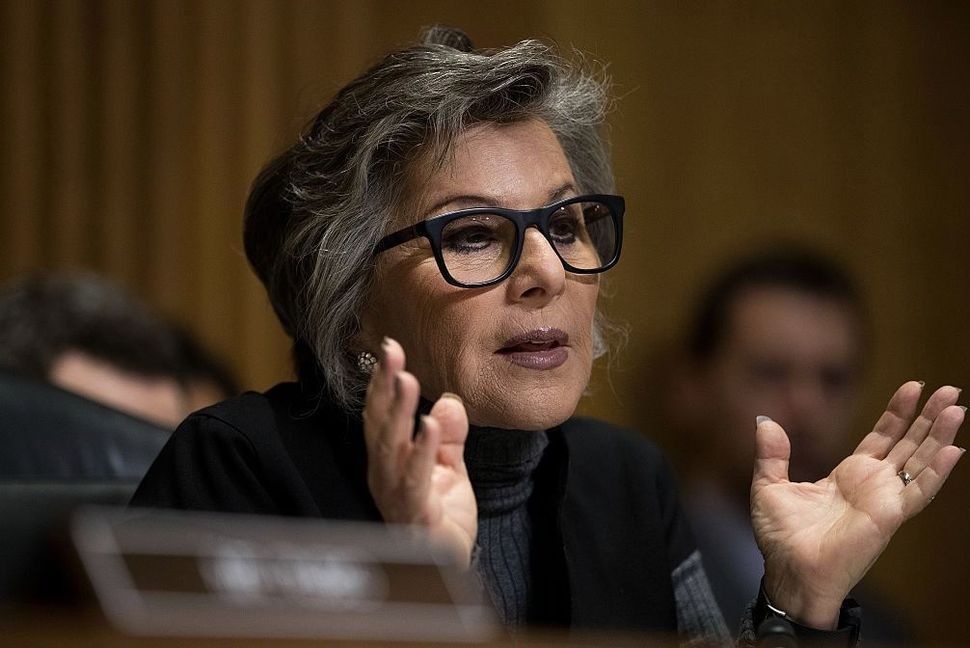 Barbara Boxer may be out of the Senate, but she’s still into politics.

The retired California Democrat recently launched a Super PAC, called PAC for a Change, that is now releasing its first set of attack ads. The campaign targets California Republican congressman Darrell Issa, who is facing a tough reelection bid.

The ad shows Issa and President Trump as bobbleheads nodding at the same pace. The message is clear: Issa will do anything Trump asks for, including voting to repeal Obamacare and cut taxes for the wealthy.

Issa is Boxer’s first target, but she intends to use the PAC, which has already raised $1.3 million, to go after all Californian Republicans up for reelection in 2018. “We’ll be putting in enough money to impact all these races,” Boxer told told Politico.

Boxer, a staunch liberal, served in the Senate for 24 years before retiring in January.