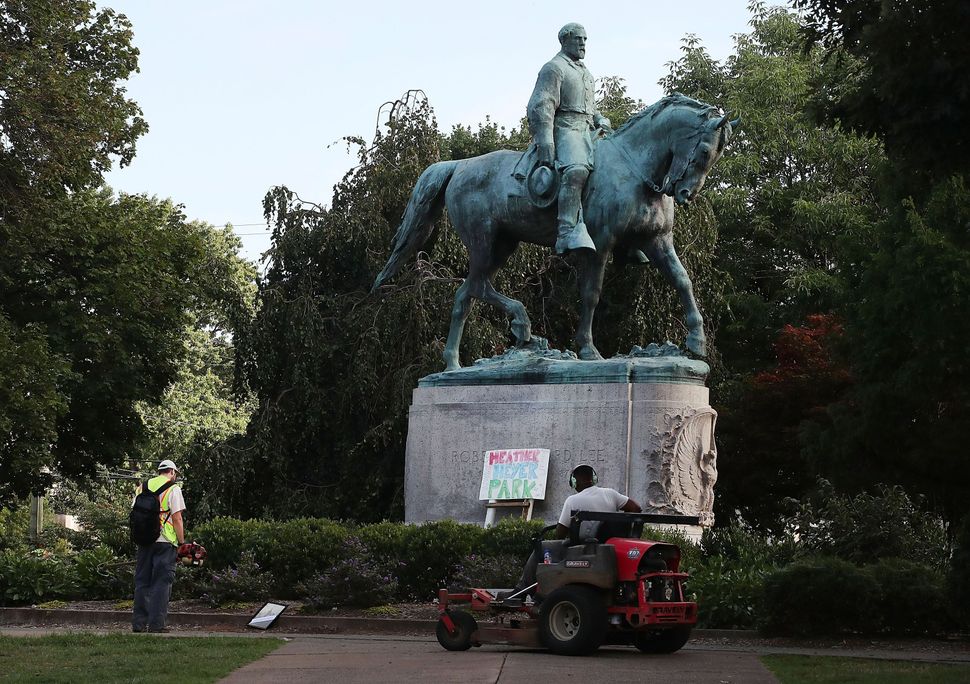 Donations poured into the Anti-Defamation League last week after neo-Nazis and white supremacists rioted against an effort to remove a monument of a Confederate general in Charlottesville, Virginia.

Yet the ADL has broken from other civil rights groups in refusing to call for the removal of Confederate monuments nationwide — the very issue that sparked the Charlottesville clashes.

The ADL said in a statement only that it “support[s] the efforts communities are taking to reconsider their monuments and statues.”

That falls far short of demands from leading civil rights groups, including The Leadership Conference on Civil and Human Rights and the Southern Poverty Law Center, for the removal of Confederate symbols nationwide.

The Leadership Conference, a coalition of leading civil rights organizations that includes the ADL, is supporting a call to “take ‘em all down.”

The NAACP has also called for the removal of all Confederate symbols from public sites and buildings.

The ADL is taking a much softer line.

“We also support decisions by cities and other jurisdictions to consider these changes, and to remove monuments when the decision is made through appropriate government process,” the ADL said in a statement to the Forward

The acknowledged that “symbols of [the history of the Confederacy] bring tremendous pain to many, particularly in the African-American community.”

Update, August 28: This story was updated to include additional text from the ADL’s statement.