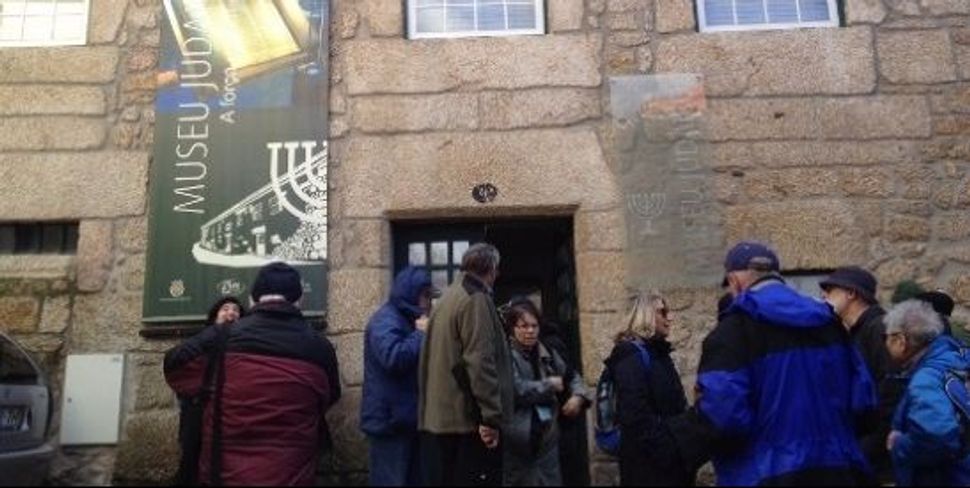 (JTA) — Ahead of next month’s European Days of Jewish Culture project, the Portuguese town of Belmonte has renovated and reopened its Jewish museum, which is the largest in the world about crypto-Jews.

The reopening earlier this month followed extensive renovations costing $350,000 at the museum, which was founded in 2005, a municipal spokesperson told JTA. The renovations and the addition of interactive exhibitions were timed to be ready for this year’s edition of the Jewish culture project – a framework for events highlighting European Jewish culture that take place each year in the beginning of September in 35 countries.

“You could say this this a totally new museum and we are confident that it will become a reference point for Sephardic culture,” Belmonte’s mayor, António Dias Rocha, told the Lusa news agency earlier this month. “The aim is for visitors to understand how it was possible for our Jews to remain so many years in Belmonte,” he added.

This year’s theme of “Diasporas” is particularly relevant to Belmonte, which in the 15th century saw an influx of Jewish refugees from Spain, from where they fled because of the Church-led campaign of persecution known as the Inquisition.