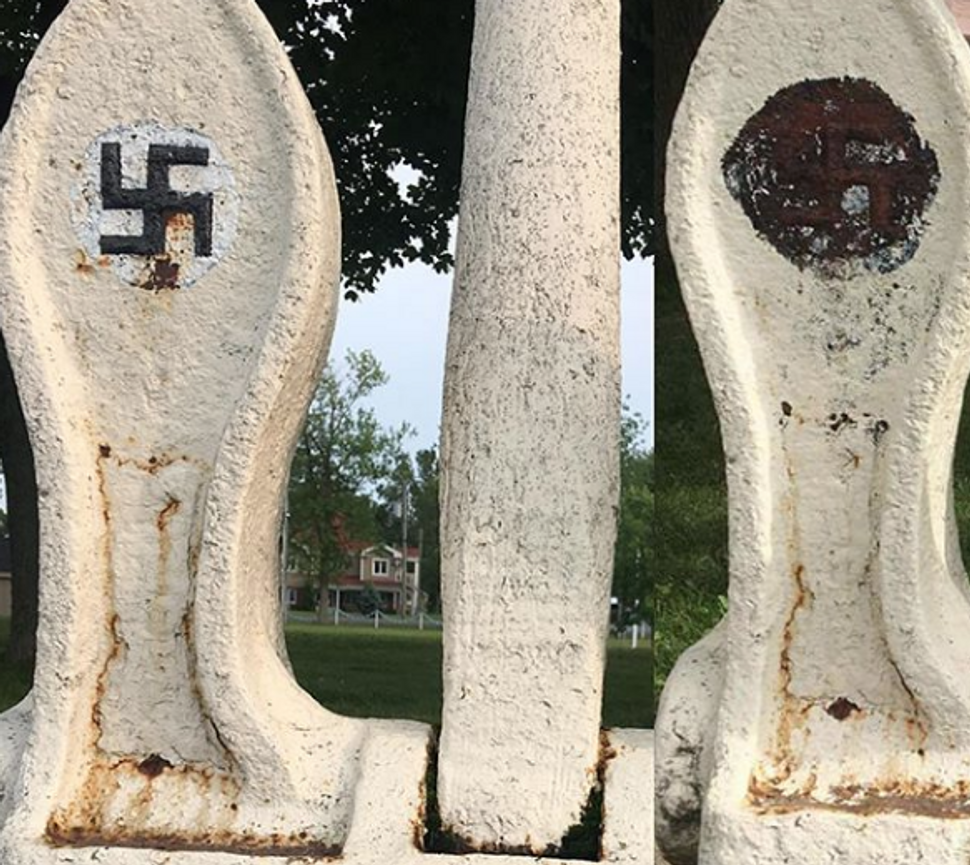 A Canadian town is getting heat for refusing to remove or cover up a swastika on display in a public park.

The swastika, emblazoned on the anchor of a Nazi-er ship recovered about 25 years ago under Canadian shores, sits in a park at the center of Pointe-des-Cascades, a French-speaking town in Quebec.

Corey Fleischer, an activist with the organization Erasing Hate, told the BBC he discovered the symbol and tried to spray-paint over it, but was stopped by the town’s mayor.

“Maybe the city did not know,” Fleischer said. “But I know exactly what this is. There is no ifs ands or buts about it.”

The town explained its decision, saying that it was not an “endorsement of Nazism” but rather an act of preserving an item of “historical significance.”

“Our village has a beautiful community and family spirit, and creates events that bring people together,” said Mayor Gilles Santerre.