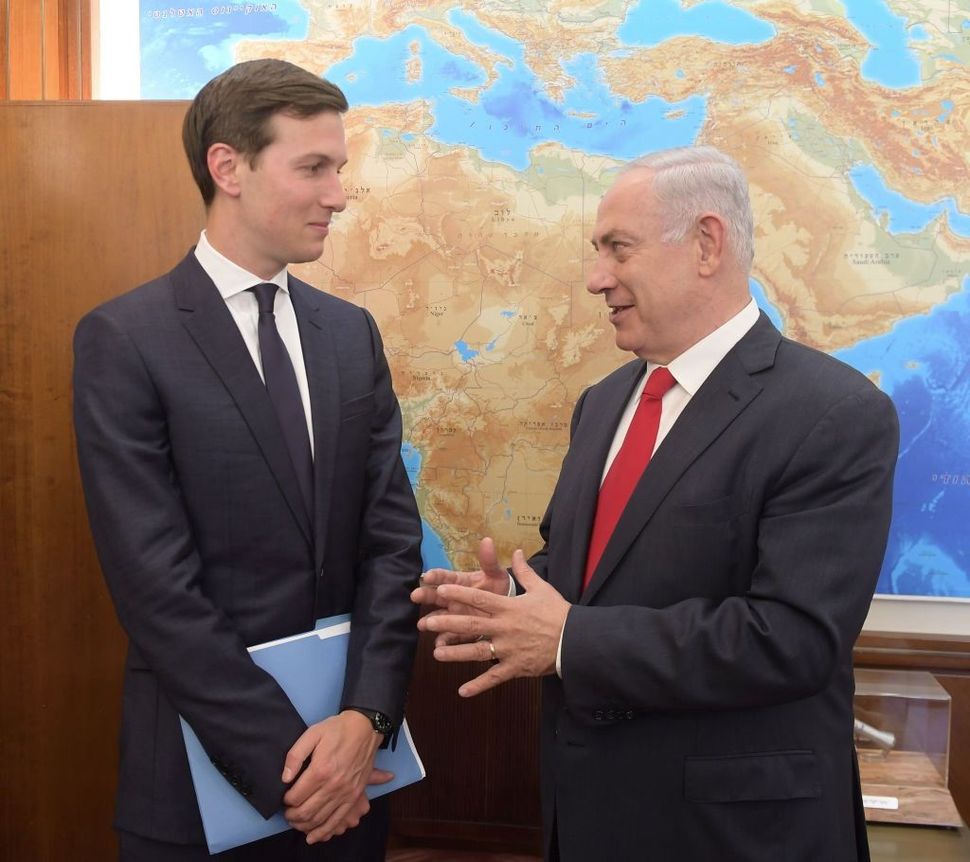 JERUSALEM (Reuters) – President Trump remains committed and optimistic about achieving Israeli-Palestinian peace, his son-in-law and senior adviser told the sides on Thursday during his first visit to the region since last month’s surge of violence.

But there was little to suggest any breakthrough or significant progress toward ending a decades-old conflict is imminent as Kushner met separately with Israeli Prime Minister Benjamin Netanyahu and Palestinian Authority President Mahmoud Abbas.

Palestinians were still seeking a pledge of support from the Trump administration for the creation of a Palestinian state alongside Israel – the foundation of U.S. Middle East policy for the past two decades. The last round of peace talks between the two sides collapsed in 2014.

For his part, Netanyahu faces pressure from right-wing coalition partners not to give ground on Jewish settlement building in occupied territory that Palestinians seek for a independent state. The settlement issue contributed to the breakdown of negotiations three years ago.

“We have things to talk about – how to advance peace, stability and security in our region, prosperity too. And I think that all of them are within our reach,” Netanyahu, welcoming Kushner to his Tel Aviv office, said in a video clip released by the U.S. Embassy.

“The president is very committed to achieving a solution here that will be able to bring prosperity and peace to all people in this area,” Kushner, who was tasked by Trump to help broker a peace deal, said in his response to Netanyahu.