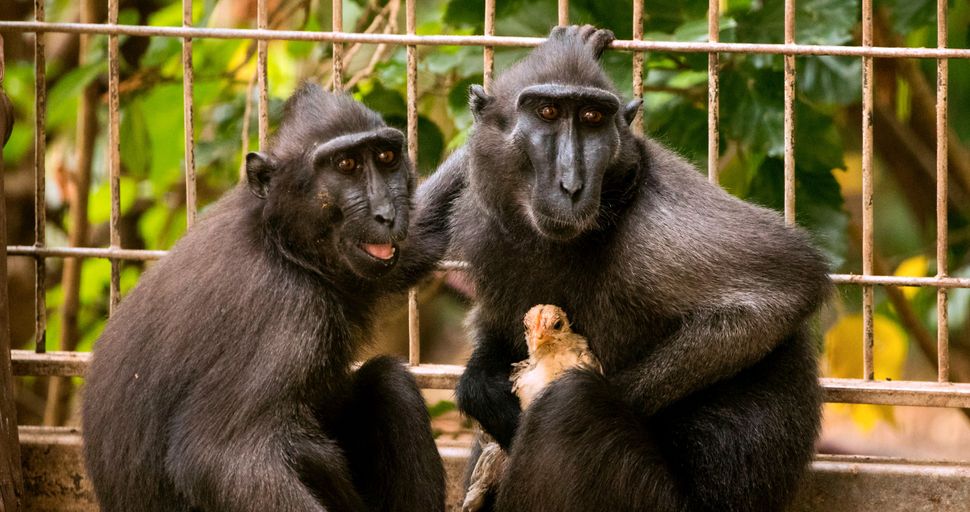 Niv, a four-year-old Indonesian black macaque, has made friends with a chicken that wandered into her cage at an Israeli zoo. The monkey has been caressing and holding the chicken for a week.

“It seems that Niv, who is four years old and has reached the age of sexual maturity, has difficulty finding a partner,” a spokesman for the Ramat Gan Safari Park near Tel Aviv, Mor Porat, told the Times of Israel.

“This probably explains the maternal instinct she expresses to this chicken,” he said. 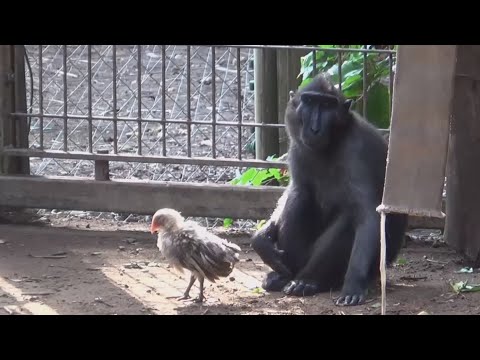 The chicken, for its part, shows no interest in leaving this inter-species relationship. It could get out of the pen just as easily as it got in, according to zoo officials.

The chicken “seems very happy to have found a surrogate mother. At night they sleep together,” Porat said. This chicken is apparently the second one that Niv the macaque has attempted to adopt.

Please enjoy the viral video of this improbable friendship as we wait for the inevitable tweets that accuse Niv of working for the Mossad and holding the chicken against its will.