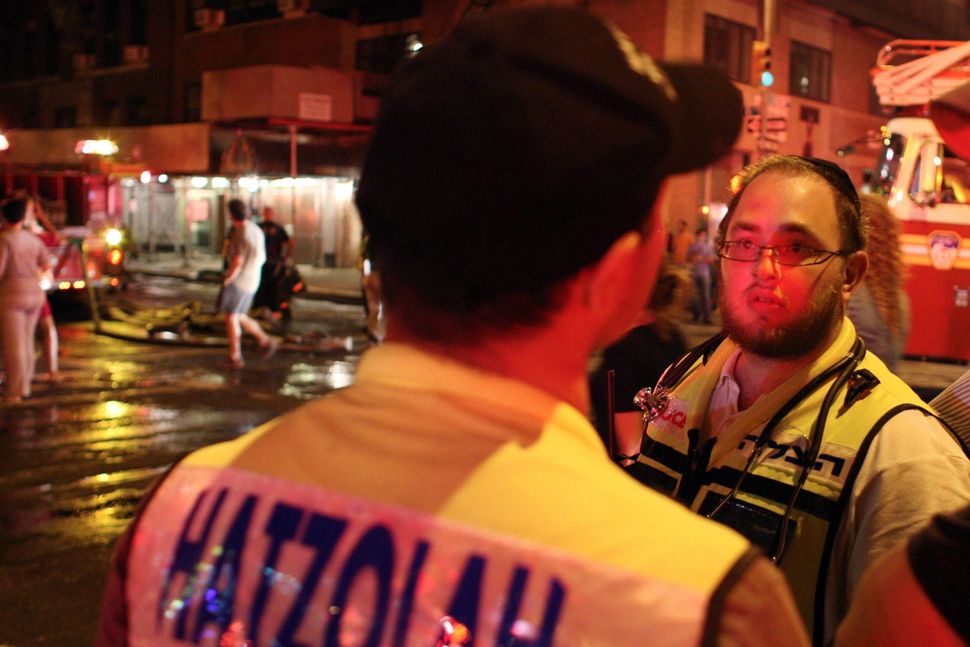 A Hatzolah ambulance crew responds to a fire in a synagogue on the Upper East Side of New York City in July. Image by Getty

Hatzolah, private ambulance service run by ultra-Orthodox Jews, is being accused of failing to notify police after a 7-year-old girl drowned in New York’s Rockland County.

Responders from Hatzolah took the girl, who drowned in a private pool in Pomona, New York, to a local medical center. Police have ruled the death an accident.

Police investigators say that it took several days before law enforcement was notified about the girl’s death. Investigators allege that the ambulance drivers took the girl to the hospital without notifying any public emergency services.

Local lawmakers have proposed making it illegal to not report emergencies like this to the county.