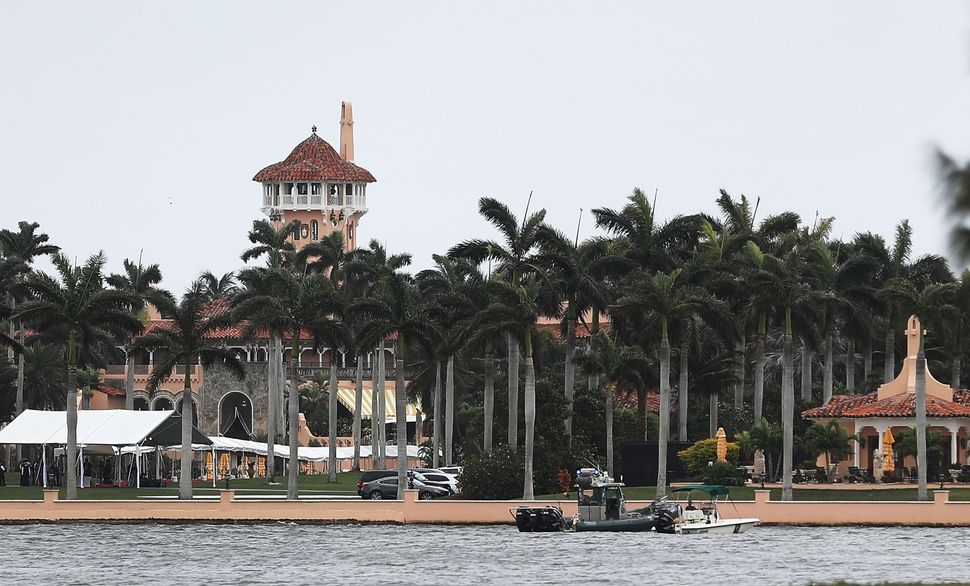 Donald Trump’s Mar-a-Lago club is going through a rough patch. In past years it hosted more than 40 charity events each season. This year there are so far only 6 events booked. In part, due to President Trump’s comments following the Charlottesville protests that led several groups, including American Friends of Magen David Adom, to cancel fundraisers they had planned at the beachfront estate.

But one pro-Israel activist sees these cancellations as an opportunity, both to book the club on short notice, and to show his support for Trump. The Palm Beach Post reports that Steven Alembik, organizer of the Truth About Israel event, decided to move his February 25 dinner to Mar-a-Lago after hearing about the wave of cancellations. “I’m reading about these groups pulling out of Mar-a-Lago and I’m thinking, ‘This is ridiculous,’” Alembik told the Palm Beach Post. “Somebody needs to take a stand here and do something. My president is my president. I like what he stands for. With him as president, I don’t have to worry. He’s got Israel’s back.”

Alembik’s event will commemorate the 1972 attack on Israeli athletes at the Munich olympic games and will honor former Israeli ambassador to the UN Danny Ayalon.