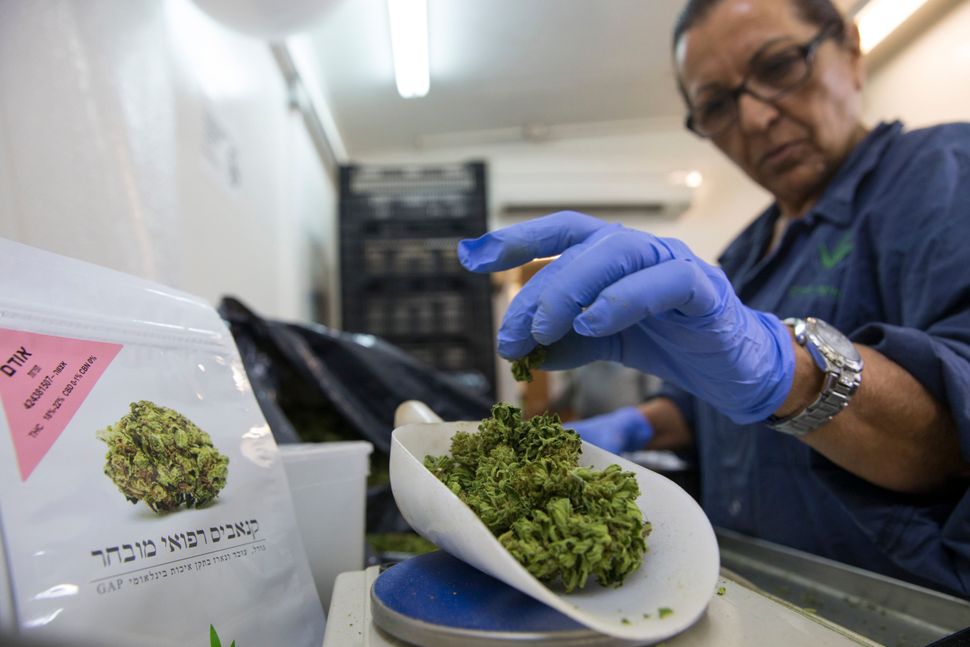 A woman weighs marijuana buds at the second-largest medical cannabis farm in Israel, in Kfar Pines. Image by Getty

Israel is becoming a center of American medical marijuana production and research, as U.S. companies move their grow houses and R&D operations to the Jewish State. It is much easier to conduct medical trials on drugs made from cannabis in Israel than it is in the U.S., where companies must spend several years getting approval from federal agencies to even do basic research on marijuana.

“The seriousness with which the Israeli scientific community approaches this is incomparable,” Charles Pollack, director of the Lambert Center for the Study of Medicinal Cannabis at Thomas Jefferson University in Philadelphia, told Rolling Stone. “Israel is a hotbed of quality cannabis research.”

Israel’s government invests millions of dollars annually into medical marijuana research. American companies often choose Israel as the place to run the early stages of their clinical trials for medical marijuana-based drugs because those same trials would almost certainly be rejected by the FDA.

Even the National Institutes of Health funds hundreds of thousands of dollars worth of medical marijuana research in Israel each year.